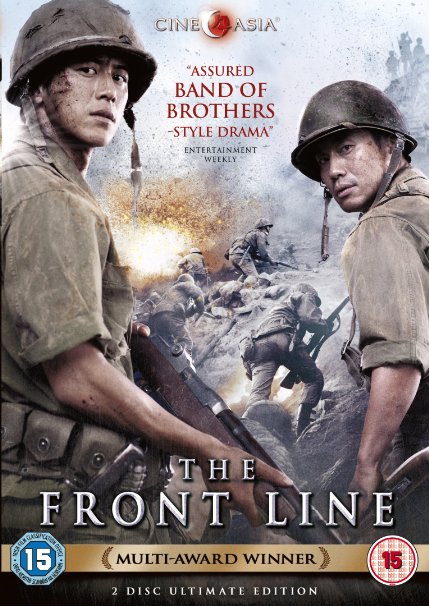 Nominated for an Academy Award and winner of various other accolades at festivals worldwide, The Front Line is a riveting and heavy hitting film. Set during the Korean War and based around the final and decisive moments between North and South, the battle rages in the Aerok Hills, a peak on the 38th Parallel.

A veteran officer is sent to the front line to investigate claims of treason and murder but along the way, he discovers a long lost friend who he thought died in battle is actually alive. Once the two friends reunite, it’s obvious they have completely different moral objectives, resulting in the ultimate test between war and friendship.

Beautifully shot and engaging, this narrative does an outstanding job of humanising the Korean War, which has shaped not only a nation, but wider engagement with both North and South Korea for 60 years. With fantastic acting and breathtaking action sequences, there is a certain Band of Brothers feel; however, Hun has skilfully exposed the injustices of war, and more specifically the struggles of the individual within conflict.