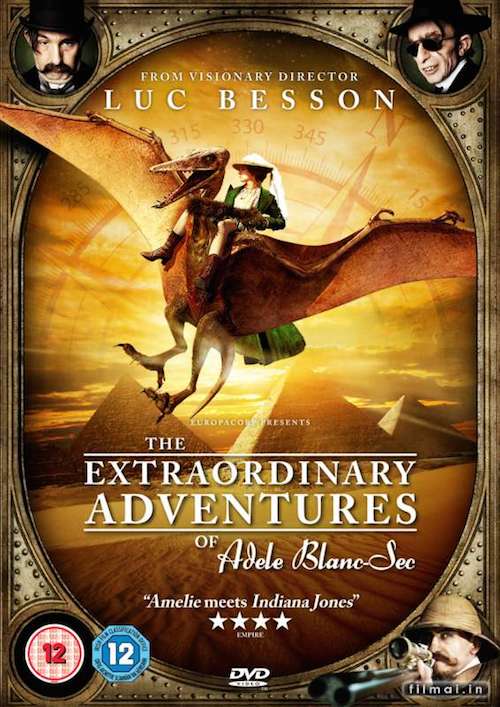 From the director of The Fifth Element, Leon and Joan of Arc, Luc Besson’s latest offering The Extraordinary Adventures of Adele Blanc-Sec is a movie (based on a comic of the same name by Jacques Tardi) that is best described as fun. Adele Blanc-Sec (Louise Bourgion) is an ambitious and young reporter who will go to any length to get the story.

Set in 1912, the set and costumes are marvellous. The narrator’s humour and insight makes this film delightfully French. Adele travels to Egypt to investigate mummies, while in Paris a 136 million year old pterodactyl has hatched from an egg in the Natural History Museum, causing havoc throughout the city.

The film is boisterous and Adele is a character that you will simply love. The film certainly has its place in cinematic landscape, and is a complete fantasy, and through fantastic sets, Besson’s vision is realised. It’s not a film that will change your life nor is it groundbreaking in any way, but there are a few laughs throughout.