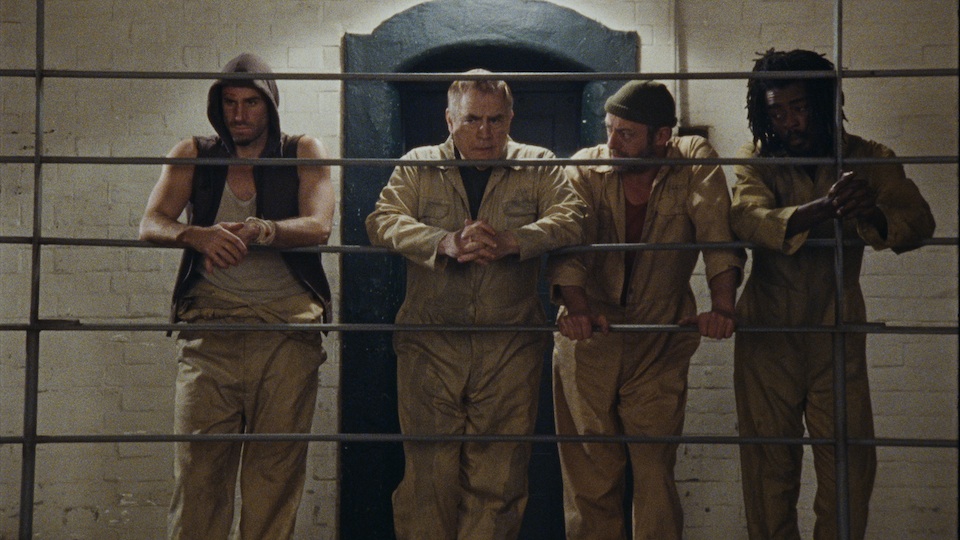 The Escapist is the spectacular feature film debut from co-writer and director, Rupert Wyatt. The film examines prisons, harsh and unforgiving places where the guilty are sent to be punished. Some act with contrition, but others hatch their plans to escape.

Wyatt is well versed in the art of filmmaking, having started writing short stories when he was seven years old. “I had an old Super 8 camera that belonged to my dad, which I used to make little animation films from the short stories.” Wyatt is the co-founder of Picture Farm, the award winning London and New York based Production Company, which includes filmmakers Adrian Sturges, Ben Freedman, Damian Lewis, Gareth Lewis and Marc Singer. Wyatt has written and directed fifteen short films including Get the Picture (2004).

The Escapist follows Frank Perry (Brian Cox), a lifer who has become institutionalised. He intends to live out the remainder of his days incarcerated for a crime he committed long ago. Frank’s quiet world is devastated when he receives a letter from his estranged daughter informing him that she is critically ill following an overdose. Frank decides to attempt an escape, but knows he cannot do it alone.

The structure of The Escapist was inspired by a famous 19th century short story, An Occurrence at Owl Creek Bridge by Ambrose Bierce. “It breaks up the linear narrative and creates an alternate world that at the time of watching feels like reality. Other films like The Sixth Sense have used this technique.”

The Escapist’s captivating narrative follows Frank’s determined effort to formulate an escape plan, for this he assembles an unlikely group of associates: Lenny Drake (Joseph Fiennes), Brodie (Liam Cunningham) and Viv Baptista (Seu Jorge). As the plans for the breakout are devised, Frank’s focus is distracted by the arrival of a young convict, James Lacey (Dominic Cooper), who awakens old memories. As the new inmate, Lacey attracts the sadistic attention of Tony (Steven Mackintosh), the drug-addict brother of self-styled prison boss, Rizza (Damian Lewis). An array of personal conflicts soon put the escape in jeopardy and Frank is forced to evoke the power and bravery of the man he once was.

As an independent filmmaker, Wyatt had to school his actors in the art of low budget films. “We had an ensemble of very high profile and experienced actors, who were used to working on projects with bigger budgets, but their professionalism played a huge part in being able to work quickly, although they weren’t used to that. Our schedule only really allowed for three takes per set up and a lot of actors are used to $20-$25 million dollar movies where they are allowed as many takes as they like. Once they got their heads around that everybody realised that we had to get the film finished in 25 days, as we did not have time or money for running over. It was a very intense shoot, because every day was like a sprint.”

The Escapist was filmed as a co-production on location in the UK and Ireland. Dublin’s Kilmainham Jail formed the backdrop for the external scenes lending the film a unique and gritty quality. The internal scenes were shot in cells built on a disused factory site. The imposing physical environment creates a real sense of the institutional nature of prison. “We wanted to do something different from typical British prison films, which by nature and authenticity, are much colder places in terms of colour. Our idea was to create a time capsule, as we are seeing the film through Frank’s eyes — so if he was imprisoned in 1978, there are still semblances of an old world about it, as well as the modern world with new convicts coming in. We never see the outside world until right at the end of the film, so it gave us a license to create our own world.”

The Escapist is a striking debut film and the future is certainly bright for Wyatt. “I have just signed a deal with Paramount to write and direct a film based on the true story of a girl who joined a gang in America called the Mara Salvatrucha, which is something that I am researching at the moment. It is a bit like City of God set in America. I’ve also got a film called, The Trail about to go to pre-production with Vertigo. So hopefully I will be making my next film this year.” 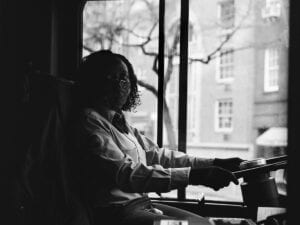 Sean Jackson’s new series is a collection of images capturing New York during the peak of the Covid-19 pandemic, between 13 March and 10 May. 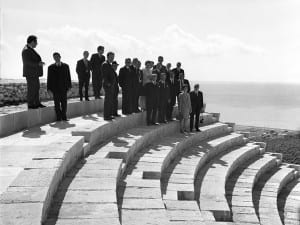 The Magic of the State is the name given to a new group exhibition, which has recently opened at Lisson Gallery. The show coincides with a display of the same name in Cairo’s Beirut gallery.