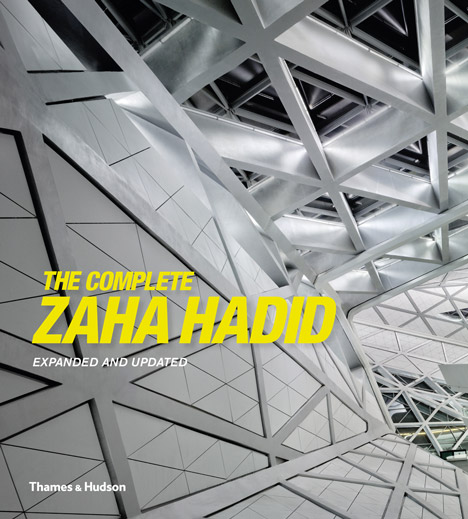 Zaha Hadid is something of a phenomenon. The first woman to win the Pritzker Prize for Architecture in its 26 year history, she has defined a radical new approach to the field through her vision and creation of buildings.

The architect has a very distinct signature style, which is explored throughout the book. It commemorates her early, unbuilt projects, ideas from her student years, and her very latest projects around the world, including the Aquatics Centre for the London 2012 Olympic Games, the Guangzhou Opera House in China, and the Eli & Edythe Broad Art Museum in Michigan, USA.

Her imagination is otherworldly, with a cinematic vision for her projects, which have been compared to Chinese scroll paintings and the stuff of science fiction. Hadid has challenged the boundaries of what is achievable and called into question how we perceive and interpret the world around us. Whether or not you are familiar with her work, The Complete Zaha Hadid  is a fascinating insight into the practice of a woman who allows for her creations to transcend the realm of the blueprint.