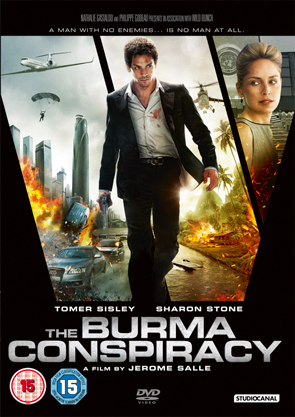 The Burma Conspiracy is a fast-paced film based on the Belgian comic book series and novels by Philippe Francq and Jean Van Hamme. Beginning with a car chase, the film is packed to the brim with action shots and gunfire. It’s more than your standard action film though, with a gripping story and some stunning cinematography.

Moving between Burma and Hong Kong, the story follows Largo Winch, the unwilling heir of the massive W Group. On the day Largo puts the Group up for sale to form a humanitarian foundation, he is accused of crimes against humanity. Thus follows a race to prove Largo’s innocence, taking him back to his past in Burma and into the heart of danger.

Though well-conceived and pacey, the film lacks a certain layered depth: we learn little of Largo’s relationship with his father and at times the role of international prosecutor Diane Franken feels superfluous. However, despite a scattering of vague inconceivabilities and a number of action film clichés, The Burma Conspiracy is a highly enjoyable watch.