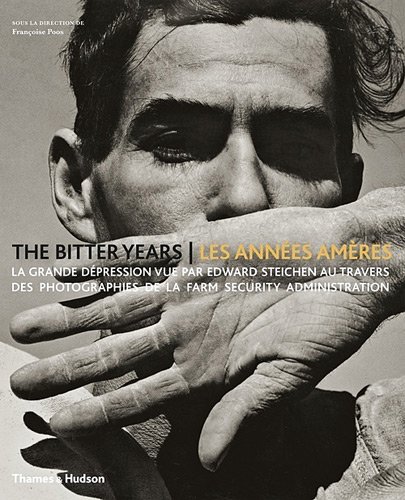 The Bitter Years offers a poignant and heartbreaking insight into The Great Depression of the 1930s. Documented through stark black and white photography, the works were originally featured in a seminal exhibition curated by Edward Steichen at MoMA in 1962.

With essays by Jean Back, Gabriel Bauret, Antoinette Lorang, Miles Orvell and Ariane Pollet, the images are captured by photographers who worked under the aegis of the US Farm Security Administration as part of Franklin Roosevelt’s New Deal from 1935-41. Honest and raw, the hardship and poverty endured by rural migrants is revived by those shots which draw stark contrast between the priorities of family and work. The effect is compelling and unexpectedly beautiful, as pure emotion is palpable throughout.

The work of the FSA declared, for Steichen, a new contemporary function for the camera; one that used images as a means of mass communication. In this context, The Bitter Years communicates the tragedy of human suffering through the fascinating genre of portraiture, offering insight into this era.