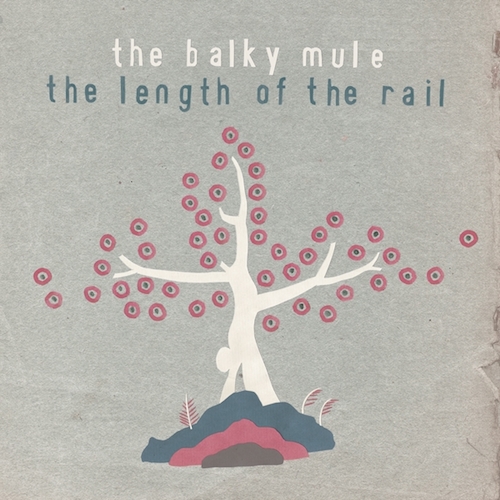 The Length of the Rail
Fatcat

Weird and wonderful, The Balky Mule is the alias of UK ex-pat Sam Jones — a self-taught multi-instrumentalist who was a key figure in Bristol’s vibrant music scene before emigrating to Australia in 2006.

The Length Of The Rail is his first release in eight years, so there’s a lot at stake. The Balky Mule is not mainstream music, you won’t hear this on Radio 1, but in its own right, the record has some admirable qualities.

Clearly an influence drawn from early Beck and Animal Collective, but also that disparate Pavement sound that shines through, but throughout these familiar sounds, there is something original through the use of a variety of instruments. Each song has its own identity, which is a highly commendable quality — no boredom here. Opening with Dust Bath Birds, the whole tone is set, and moving into track five, A Moth Like Woodchip, it’s instrumental, experimental and just plain lovely. www.myspace.com/thebalkymule.