This autumn, the New Museum will present the first New York survey exhibition of the work of German artist Carsten Höller (b.1961). Over the past twenty years, Höller has created a world that is equal parts laboratory and test site, exploring such themes as childhood, safety, love, the future and doubt. Höller left his early career as a scientist in 1993 to devote himself exclusively to art making, and his work is often reminiscent of research experiments. His pieces are designed to explore the limits of human sensorial perception and logic through carefully controlled participatory experiences.

The New Museum’s exhibition will include work produced over the past eighteen years in an immersive, interactive installation choreographed in collaboration with the artist. Höller will actively engage the Museum’s architecture, with each of the three main gallery floors and lobby of the building presenting a focused selection of pieces that demonstrate different experiential dimensions of his work. Functioning as an alternative transportation system within the Museum, one of Höller’s signature slide installations will run from the fourth floor to the second, perforating ceilings and floors, to shuttle viewers through the exhibition as a giant 102-foot-long pneumatic mailing system. The exhibition features a new light installation; disorienting architectural environments; a spectacular mirrored carousel; and a sensory deprivation pool, among others. Also included will be a recreation of Höller’s Experience Corridor, where viewers are invited to undertake simple but affecting tests on themselves.

The selected works emphasize the experimental quality of Höller’s work and reveal the complex universe of one of the most significant European artists to emerge in the past twenty years. Höller came to prominence alongside a group of artists in the 1990s including Maurizio Cattelan, Dominique Gonzalez-Foerster, Pierre Huyghe, Philippe Parreno, and Rirkrit Tiravanija who worked across disciplines to re-imagine the experience and the space of art. Höller stands out among this group for the manner in which his installations drew on the history and method of scientific experimentation to destabilize the viewer’s perception of space, time, and the concept of self.

Carsten Höller: Experience will be on view from until 15 January 2012. 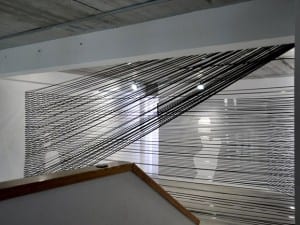 Interview with the Director & Curator of Galería Rafael Pérez Hernando

Although its origins date back to 1996, Galería Rafael Pérez Hernando officially opened its doors in Madrid in 2004. It has since concentrated on promoting unknown or little-known artists. 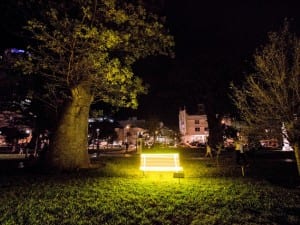 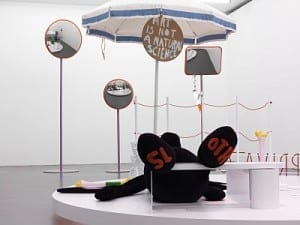