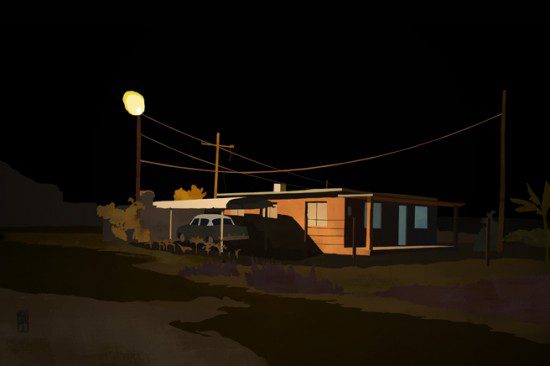 There is a lot of bitter chatter about public funded arts organisations at the moment. There’s the much contested ACE capital-funding programme, rumours of the creator of Big Brother, Peter Bazalgette, being made the new Chief Executive of the organisation, and the standard noise about London organisations being over-represented. Away from the anger, organisations such as the Art Collective, a not-for-profit philanthropic art movement which supports emerging artists, champions the benefits of art, and works to make art accessible to all, struggle to be heard above the noise. That is not to say that they don’t make a valuable contribution. From May 2012, The Art Collective will be offering free lunch time and after work Art Clubs to encourage offices to unplug for an hour to promote thought, unwind and boost creativity. If your office is based in the London area you can book an Art Club by calling the founders Lyn Thomas or Pauline Richards on 020 7263 5644 or via info@theartcollective.com.

As well as organising the Art Club, the Art Collective work with a group of talented artists, staging their exhibitions in the heart of London, enabling them to engage directly with the public, talk about and sell their work. Over the next 12 months the Art Collective will be bringing their artists and their work to cities across the UK. Their next exhibition will bring to Brighton a mix of oil paintings, illustrations and photography. Ben Gold, a successful portrait photographer with subjects including Charles Dance and Miranda Hart, will showcase his Festival Nights, a series of evocative night time scenes from festivals including Glastonbury and Bestival. Finn Dean, a multi-talented award winning artist whose work has recently been selected to appear in a movie by an Oscar winning Director (we can’t say who yet!) will show his illustrations and photography inspired by his travels across American, Cuba and Asia. San Francisco based, Lance Hewison, will show a collection of eagerly anticipated original oil paintings and drawings and Celine Marchbank, who was recently shortlisted for the European publisher’s book award for her photographic work TULIP will showcase her award winning portfolio swimmers from the “Open Here” Hereford Photography Festival.

Aesthetica spoke with Finn Dean to find out more.

A: What themes are you exploring in the work on show at Gallery 40?

FD: It’s a good question because I’m not sure I ask myself this enough. I tend to create work that feels natural to me and from that themes emerge, but I’ve never set out to create work along a strident path. Half of the process is finding intriguing places that have potential for becoming an interesting image which is why travel is a major theme in the work. I love travel posters from the 1930s to 1950s especially Norman Wilkinson’s posters and traditional Japanese woodblock prints in particular the work of Kawase Hasui. I always try to create a sense of place and inject as much atmosphere as I can.

A: There’s something incredibly cinematic about some of your work (House at Night) – has film been a heavy influence on these works?

FD: Ever since my Dad took my Mum (who was pregnant with me at the time) to see Apocalypse Now, The Shining and Eraserhead I think I’ve been influenced by cinema, particularly by Hitchcock and Lynch and actually I should also mention Edward Hopper who in turn has inspired lots of film makers. In some ways my working process is very much like a film; you scout for locations, you light and dress the scene and change it to your own aesthetic preferences. In another life I would have liked to have been a cinematographer.

A: What’s surprising about your Giclee prints is that most of them are populated; from afar they look like desolate scenes. Is there any significance behind whether or not to choose to include figures in these pieces?

FD: I like to use figures sparingly, often as a focal point but only as far as the composition is concerned, they never become the subject, they are only a piece of the landscape and for that they can be very important for the overall balance in a scene, and can be a great entry point for the viewer. Something I have been very interested in for a long time is the power of absence. You can often say more by excluding rather than including elements. And by being more suggestive rather than explicit with information you can engage the viewer and invite them to bring their own take on the work but you have to strike a balance so it doesn’t become too abstract. Alfred Hitchcock was a master at this, such as his use of a soundtrack in The Birds where he chose to eschew one altogether in order to highlight the sound of the birds themselves. It’s also important to realise that not every piece of work requires a figurative element; it can often harm an image rather than enhance it.

A: How did you first start working with Art Collective?

FD: I was trying to find someone interested in using my work and came across them at an image fair in Islington. I found out more about them and had a meeting, spoke about the plans for the future and was very impressed. They have a genuine drive to help and promote artists and they have a good sense of community spirit. On top of that, they’re just really nice people.

A: You work in a variety of media. What is it that attracts you to both mixed media illustration and photography?

FD: They both have their obvious differences but for me my illustration work is about seeing the potential in a place and transforming it to my own vision. You get to play and manipulate the material more and choose what to omit and include. With photography there is a lot more luck involved; often you have to be in the right place at the right time sometimes with perfect weather conditions and a whole host of other variables in order to get the “money shot”. Of course you could digitally manipulate the photograph but that doesn’t interest me, it also seems a bit dishonest.

A: What else are you working on at the moment?

FD: I’ve been exploring the lighter side to my work, injecting a bit of humour into the process and having some fun with it. As you mentioned earlier, I don’t include many figures or people in my “normal” work so this is a reaction to this. It’s been quite liberating to experiment and to create work without being precious over it, which is a problem I normally have; I tend to agonise over small differences in colour and tone, often for days. For instance there is one image of an ice cream bar at night from Guatemala that I have been working on and I have perhaps five or six versions which I have whittled down to two but I can’t decide over which version to go for. I’ve tried the classic technique of forgetting about the image and coming back to it in order to see it ‘fresh’ but I still can’t decide. I feel the immediate future for me is to become freer in my work and to enjoy the process more. 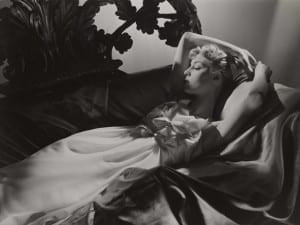 Corinne Felgate: Bigger Than The Both of Us, The Rook and Raven Gallery, London

This solo show by Corinne Felgate is comprised of two new major installations: Bigger than the Both of Us (MOMA) and Studio X Y Z. Both draw on the artist’s research into our relationship with the man-made environment.