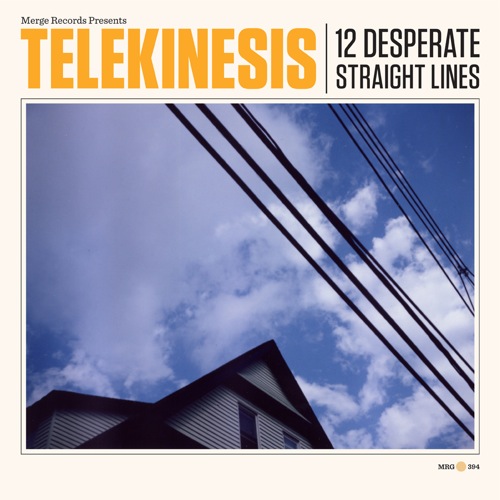 Although the heartfelt, emotion-driven lyricism of the tracks is akin to Death Cab For Cutie’s style, the overall effect is somewhat different and more comparable to to the raw sounds of Dinosaur Jr. and Built To Spill. This comes from the fact that the album was recorded straight to tape, giving the record a rough-around-the-edges analogue feel.

Opener You Turn Clear In The Sun is instantly catchy and while signalling a break-up, there’s no doubt it’s upbeat in sound, but lyrically poignant. There’s an audible journey to the last track – a classic rock ‘n’ roll sound, Gotta Have It Right Now – listen once and sing along.

12 Desperate Straight Lines gives you a break from the digitised beats that dominate and populate indie music today, offering instead emotional, analogue preferences. And they certainly do it well. If you’re a Death Cab for Cutie or The Get Up Kids fan, Telekinesis is for you.