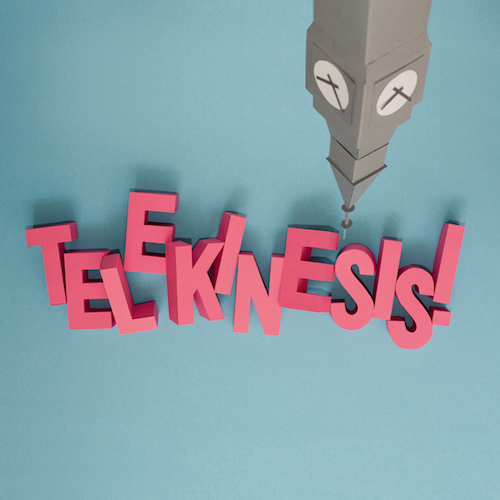 From the very first sun-drenched guitar chord, Telekinesis! is imbued with an overarching immediacy. There is an unrefined quality to the song writing, which gives the feeling that the lyrics were wrenched, quickly, from somewhere raw and honest. In an era where post-production is arguably sometimes over-developed, Telekinesis! delivers a breath of spontaneously fresh air.

Produced, engineered and mixed by Death Cab for Cutie guitarist, Chris Walla, this spontaneity is something Walla was at pains to capture. Working alongside Telekinesis frontman Michael Lerner (writing, vocals, drums, guitar), Walla took only one day to track each song in order to preserve this artless quality.

Lerner’s hazy vocals mingle with the fuzzy guitars, delivering tales of love, loss and life that bring indie-rock bang up-to-date. As Walla says: “Telekinesis is the geography of dreams; a school year abroad; love letters from Liverpool coffee shops to Carolina coastline and Tokyo and everywhere in between. It’s perfect, but not because anyone went back to fix it.” www.moormusic.com.