If photographer Cig Harvey takes her inspiration from past and personal experiences, then the world in which she lives must be at once beautiful and terrifying. After spending time with intimate works such as The Girl with the White Towel and The Weathervane, it becomes clear that Harvey’s subjects could be no other than family and close friends. The first UK solo exhibition of work by Cig Harvey opens at Beetles + Huxley in September.

A: What works will be included in Holding the Blue, and how do you think it charts progression in your career, in terms of stylistic or conceptual development?
CH: Holding the Blue at Beetles & Huxley Gallery is a survey of my work from the past 15 years.

A: How do the works as a whole create dialogues with each other?
CH: My work is always about fragility, and typically fragility within relationships. I photograph whatever don’t understand, what I’m concerned with, or going through, or obsessed about. And so, over a period of fifteen years, the work charts a life being lived: searching for this idea of home, finding a partner, putting down roots, having a family. The later work reflects more specifically my relationship to life itself.

A: How does spontaneity and self-referential symbolism come into each composition?
CH: I’ve always worked both as a constructor and as a finder of pictures. Sometimes I am obsessed with an idea about a photograph, and I will gather certain props, find a subject, and paint a wall or find a landscape that speaks to my idea. The moment I pick up the camera I try to let those preconceived ideas go and respond to what I see. Other times, I go out into the world with my camera and look, capturing what grabs me. This method of shooting expands my world. I think my strongest images happen with a combination of intuition and conscious ideas, when the subconscious mind meets the conscious mind.

A: What kinds of narratives are you telling in the pieces, and how do you achieve these through the final image?
CH: The stories I tell have to do with the everyday and the mundane. They are often about feeling vulnerable within a relationship, whether with people close to me, or with something I don’t understand in the world. I will brainstorm ideas around it, and how to make them visual, thinking of the metaphors and symbols I can use to make the unseen seen. While I am always actively thinking about the ideas that form the narratives in my pictures, there is a certain amount of synchronicity with my subconscious. If my mind is churning with an idea, I will be drawn to parallels around me. A lot of it is about trusting my instinct and being open to surprises and inspiration in my everyday life. Once I have the pieces that form the narrative in my images, then I address the more formal concerns, like what light, depth of field, and camera angle best describe the ideas.

A: Could you discuss your process when starting a new series / image – how much planning is involved and where do you get your inspiration from?
CH: I start a new series just by making pictures. I never pick a project at the outset, it just comes out of me. Pictures make pictures, and the series reveals itself. I believe that’s how authentic work comes out, when you make a lot, and let the pictures tell you the narrative thread. I spend a lot of time studying my images once they are made, even the failures. I think the act of not knowing what is ahead of me, and making work about things I am grappling with, is why I still love making pictures. I give myself time to explore, slowing the world down, and taking in what inspires me and makes me gasp.

A: What is the relevance of colour and light in your compositions; how do they enable you to evoke the fantastical experiences on display?
CH: Since a child, I have been obsessed with colour. I have a very intense relationship with colour and memory. I have never taken a class or studied colour theory, it is deep-seated and inherently felt. And light, for photographers, light is our language. So I do seek out the light that will best articulate the ideas behind the compositions.

A: Could you discuss your new book, You an Orchestra, You a Bomb? How does it differ / compare with the works featured in the show?
CH: There are a number of pieces in the show from the new body of work, You an Orchestra You a Bomb, which will be released in Europe in November. There are also pieces from my past two monographs, Gardening at Night and You Look at Me Like an Emergency. Emergency was about falling in love and making mistakes and finding Doug. Gardening at Night was about putting down roots and starting a family. And You an Orchestra You a Bomb is about holding onto that life, and the fragility around how precious the everyday is.

A: What other projects do you have coming up?
CH: The release of You an Orchestra You a Bomb will be at Paris Photo in November, followed by shows at Robert Mann Gallery in New York and Robert Klein Gallery Boston in December to celebrate the book, as well as a show at Kopeikin Gallery in Los Angeles in May and a few other places in between. I am already hard at work on a new series. I am still shooting and seeing, and thinking more about colour and memory. 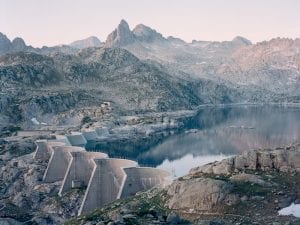 Photographer Claudius Schulze’s imagery of man-made landscapes holds within it a desire for security from the forces of a sublime and powerful nature. 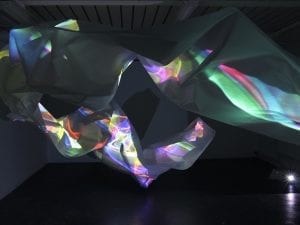