Maïmouna Guerresi presents a radical rethinking of humanity and the environment in the context of Leica’s international photo competition.

“Humanity and nature are intimately interconnected,” says Italian-Senegalese photographer Maïmouna Guerresi (b. 1951). “It makes sense that the fate of our planet is influenced by the actions of individual people. The desertification of the environment corresponds to our spiritual desertification, just as interior pollution is reproduced on the outside – on the planet.” Guerresi is speaking about the series Beyond the Border: A Journey to Touba, which combines landscape shots of Senegal with carefully staged compositions of women posing alongside trees, partly obscured by leaves.

The images were taken on journeys between Guerresi’s home in Dakar and the holy city of Touba – named after the Touba tree, said in Islamic scripture to grow in heaven. For the artist, this has become a symbol of regenerative energy. Beyond the Border – as seen with Guerresi’s previous works – is suffused with a sense of interdependence. She says: “It is not competition or survival of the fittest that allows us to survive, rather cooperation and a sense of community. These two practices break down throwaway culture.”

The project is one of 12 shortlisted for the 2020 Leica Oskar Barnack Award, a prestigious prize set up 40 years ago to honour the 100th anniversary of Oskar Barnack’s birth. Barnack (1879-1936) was the inventor of the Leica camera and is widely considered to be one of the first pho- tographers to work in the reportage genre, having captured the 1920 Wetzlar floods with 35mm film. In the past, the prize has been awarded to renowned image-makers such as Sebastião Salgado, Eugene Richards, Luc Delahaye and Jane Evelyn Atwood. The Newcomer Award, which was added 11 years ago, has picked out a number of now well-established names such as Dominic Nahr, now a photojournalist for Time.

From the standpoint of 2020, what’s most striking about the award isn’t its place and status, but the fact that it celebrates work focused on the environment – and always has done. “For me it’s really moving that we started with this theme 40 years ago, because it becomes more important each year,” says Karin Rehn-Kaufmann, Art Director and Chief Representative of Leica Galleries International. “Of course, this topic was also important in the 1980s, but not in the way that it is today – or will be tomorrow.”

This theme can be traced in various ways across the 12 finalists, from the more subtle and conceptual responses, to direct and literal interpretations. In Anastasia Taylor-Lind’s ongoing series, 5km from the Frontline, everyday lives are documented amongst the conflict in eastern Ukraine. Bullet holes pockmark homes. Rubble lines the streets. However, in some images, war is depicted much more subtly – as an insidious, ephemeral presence in the background. Here, it’s what lies beyond the frame that’s important, relying on viewer intuition to pick up on the smaller details. In contrast, Matthew Abbott’s Black Summer depicts apocalyptic scenes from the wildfires in Australia in summer 2019. In one no- table image, made instantly recognisable by The New York Times, smoke billows through the frame of a collapsed build- ing. Orange fires blaze through the shot whilst a kangaroo hops across the foreground looking for safety.

The 2020 shortlist also includes Hashem Shakeri’s series Cast Out of Heaven, which documents skyrocketing house prices in Iran as many Tehraners were forced out of the capital to places where accommodation was more affordable. The Mehr Housing Project, initiated in 2007, was the largest state-funded housing project in the history of Iran, and the towns of Parand, Pardis and Hashtgerd suffered massive critical shortcomings. The population of Parand doubled over six months, reaching 200,000, but was barely able to provide educational, social and healthcare services for 10,000. Shakeri’s images consider this through their desaturated palettes: washed out buildings and pale blue skylines reflect the energy of a failed social project.

Whilst this year’s shortlist has a distinct connection to the theme of humans and the environment, for Rehn-Kaufmann, it’s noteworthy that the submissions are taking a new approach to storytelling. Originally, the Leica Oskar Barnack Award started out within the World Press Photo competition, with an emphasis on reportage. That remit has since expand- ed for the ethos of the prize and for the documentary genre more generally, combining multidisciplinary methods and an emphasis on personal style and decision making.

Cristina de Middel’s Journey to the Center, for example, mixes documentary, staged images and fiction to present the Central American migration route as a daring and heroic journey. Many projects are similarly conceptual, something Rehn-Kaufmann attributes to an increasing interest in photography as a subjective practice – beyond strict rules and definitions. Artists are finding their own voice in pictures.

Guerresi is noteworthy in this sense, because she demon- strates a fairly unique perspective. Born Patrizia Guerresi to a Catholic–Italian family, she adopted a new name when she married a Senegalese man and converted to Sufi Islam in

1991. Sufism – known as “Tasawwuf” in the Arabic-speaking world – is a form of Islamic Mysticism that emphasises introspection and spiritual closeness with God. It began very early on in Islamic history, and whilst it is sometimes misunderstood as a sect of Islam, it is a much broader style of worship that transcends categorisation, directing attention inward.

Guerresi says her work is “the expression of an individual who wants to affirm her identity as a ‘metissage’ [mix] be- tween western and African cultures – linked by Islamic spirituality.” She picks out the connections between Islamic prayer beads and Catholic rosaries, for example. “My uncle was a Catholic missionary, and he used to write from his missions in Burundi. In each letter, he spoke of the community and fraternal dimension of religious life, emphasising the importance of helping others regardless of their race, religion or nationality. Through Sufism, I then rediscovered the concepts my uncle had taught me – seeing them through fresh eyes.”

For the artist, identity is a constant process of inner construction rather than a question of race, religion, ethnicity, or language. Here, she hints at the “fellow feeling” that runs between all people and through all other living things, whatever their individual cultural differences. She continues: “Through spiritual practice, one can access unusual physical, mental, sensorial and visual faculties, such as to be able to recognise one’s inner nature in oneself and in others. When that happens, words like ‘identity’ will become obsolete.”

These questions have practical and political implications – as to how we treat each other and the natural world. Guerresi points out, Touba was built by Cheikh Ahmadou Bamba Mbacké, founder of the Sufi Muridija brotherhood and leader of a successful peaceful revolt against colonial rule in Senegal in the late 19th and early 20th century. Demanding his followers be treated with respect, he resisted the Imperial ideology which justified their subjugation in terms of hierarchy. Thankfully, the colonies won independence in 1960, but this hierarchical thinking lingers on in our belief system – how we have the perceived right to ransack and take from nature.

This is a hierarchy that Guerresi’s work undercuts – emphasising the continuity between people and landscapes. In early pieces, she spoke of “a performative process of mime- sis” in which her body would “become a tree.” In the Beyond the Border series, this idea is taken literally, with women blending into lush green foliage and holding branches out to each other like tongues. The trees become a metaphor for interdependence and forging deeper connections.

Guerresi notes that trees have always been a kind of intermediary between heaven and earth, allowing “cosmic con- tact with the universe.” Since her conversion to Islam, trees have also taken on a sacred dimension – hence the use of the Touba (as well as the Baobab, which is native to Senegal).

Touba is also a girl’s name in Arabic, and Beyond the Border – A Journey to Touba, like much of the artist’s previous series, focuses on female subjects, specifically African Muslim women. Guerresi creates clothes and scenarios for her sitters so that they appear as “majestic, surreal and metaphysical characters” in the photographs, and so that each figure can symbolise a figure “capable of dissolving the distinctions present between genders through her own identity.”

It’s part of an ongoing interest in Islam and a female Muslim world that has not necessarily been recorded or widely explored. “The history of Islam has witnessed several female characters. These women have distinguished themselves thanks to intellectual, spiritual and artistic skills, but their names have remained in the oblivion of collective memory. These historical omissions have motivated me.”

There’s an interesting parallel here to the 2020 Leica Oskar Barnack Award, because this year there were more entries from women than ever before – perhaps due to the 2020 award including an international panel of nominators, who each put forward three projects. Guerresi was, in fact, one of the nominees, put forward by Azu Nwagbogu, Director of the African Artists’ Foundation and LagosPhoto Festival. Even still, we have a long way to go in terms of levelling the playing field. According to data from the Women Photograph organisation, women photographers shot just 29.5% of the lead images in the New York Times in 2019 – and for most leading newspapers, their share was much smaller than that. The Guardian, for example, was at just 11.3% and figures for galleries and fairs are, sadly, not dissimilar.

Here, Guerresi is also an exceptional case, because she has already had considerable success – exhibiting around the world at the Italian Pavilion at the Venice Biennale in 1982, 1986, and 2011, Biennale Chobi Mela, Dhakka, Bangladesh, 2013; and LACMA Museum, Los Angeles, 2016, amongst many more. Even so, and despite her nomination for the Leica Oskar Barnack Award, she says, making art isn’t about the accolades. It’s about trying to share Sufi thought, and also to interpret it. “The peculiarity of Mouridism consists in the ‘sanctification’ of work,” she explains. “Work is as important as meditation and prayer.” For Guerresi and the Leica Oskar Barnack Award in general, the aim is to show how photography can help us to deconstruct social hierarchies and re-establish a connection to the natural world. 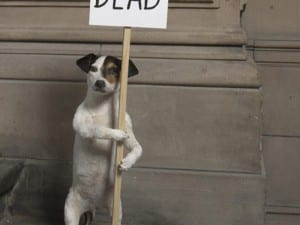 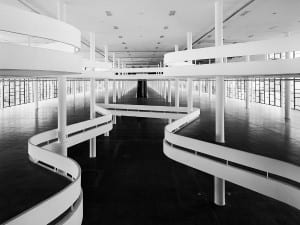 The 31st Bienal de São Paulo is a poetic call to the promise of art, and addresses these things that don’t exist in several ways: how to talk about them, how to learn from them, how to live with them.