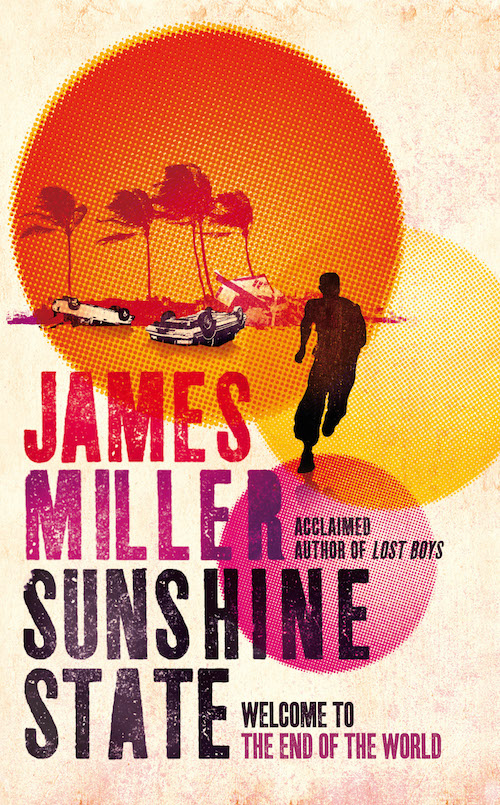 James Miller’s second novel is fast-paced, exciting and terrifying in equal measures. A dystopian novel set in the near future, Sunshine State explores the effect of our actions, including the war in Iraq and environmental issues.

Following British Secret Agent, Mark Burrows, we explore “The Storm Zone”, formerly Florida, and its religious extremism, gangs and tribes. A skilled touch by Miller is the incongruous landscape that offers an almost humorous link between the past and present, for example when Burrows glimpses Disney World and its fairytale castle against the war zone backdrop he faces. Interwoven with the present narrative are clues to the protagonist’s brutal past at the orders of the secret service, lead­ing him into the difficulties that lie ahead.

As the novel progresses, Burrows finds his loyalties tested as the conflict between spirituality and Western power escalates. Sunshine State is a vital and disturbing novel for our times, which aims to shock us into really questioning the forces behind the order we see as correct.