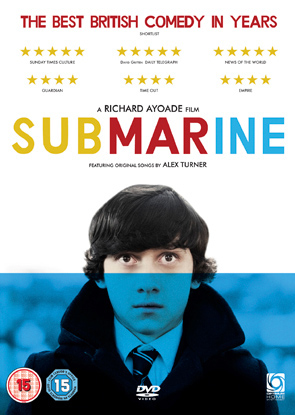 An adaption of Joe Dunthorne’s 2008 novel, Richard Ayoade’s debut feature film, Submarine, is a witty look at a young man’s coming of age. Aside from the well-worn references to JD Salinger’s Holden Caulfield and diarist Adrian Mole, it offers an honest but bleak glimpse into the mind of a group of teenagers struggling to come to terms with the reality of life.

Blending the adolescent angst of 15-year-old Welsh schoolboy Oliver Tate with harsher realities – his unrequited love for eczema-suffering pyromaniac Jordana Bevan, the inevitable conclusion of her mother’s terminal illness and the uncomfortable truth of his parents’ shaky marriage – Submarine lays bare what we all come to realise. Life just isn’t what it’s cracked up to be.

While the script is a little clichéd, the suitably moody soundtrack by Arctic Monkeys’ frontman, Alex Turner, and the memorable performances from Sally Hawkins, Paddy Considine, Noah Taylor and newcomer Craig Roberts as Oliver, take this film from the diary of a teenage fanatic to a wry and atypical take on British social realism.