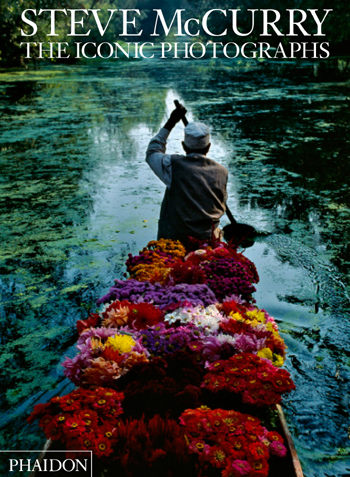 In 1985, celebrated photojournalist Steve McCurry gave National Geographic its most renowned cover with his Afghan Girl portrait. Steve McCurry: The Iconic Photographs offers a selection of works tracing his path across three continents.

Although journalistic in nature, McCurry’s photography displays painterly qualities, such is his superb depiction of colour, the precision in his composition and his mastery of light and shadow. Yet his greatest charisma lies in an unfaltering ability to capture the uniqueness of an individual or moment in time and, by synecdoche, reveal the wondrous nature of the culture or place giving rise to his subject. The reader cannot help but feel drawn into the scene depicted, while sharing McCurry’s immense respect for the people and places he photographs.

The book documents the way in which McCurry’s work celebrates the diversity of cultures over the globe: with disarming honesty, and never losing sight of our shared humanity, the very thing that forms the bedrock of human life on this planet.