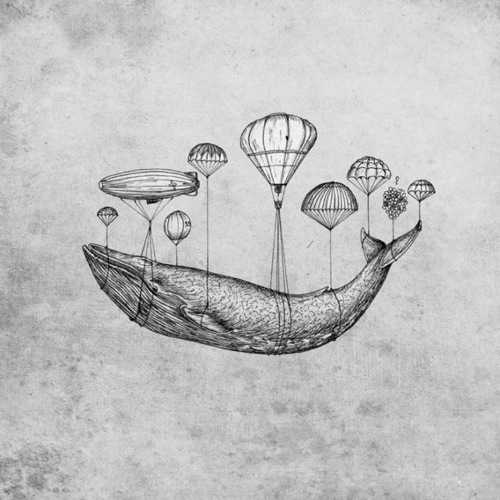 Ironically named, The Tower of Silence, Steve Adey’s follow up album to All Things Real (2006), instead fills the airwaves with a variety of instruments and vocal expression. Recorded in a 19th century church in Edinburgh, the record is song after song of emotional intensity.

Creating a rather melancholic atmosphere, the song entitled Laughing sounds more like a lament than a mood lifting anthem. But a layer of delicacy can be found in the electronic effects that carry the whole project, detracting from the seriousness of the classical instruments. Take With Tongues, for example; an electronic backdrop introduces an edgier element to the harp and choir. Sometimes the lyrics are deserted altogether and Adey gives sole voice to the instruments.

The album’s artwork is intriguing, and encapsulates the dreamlike hope reflected in the minimalistic notes. All in grey, an illustrated whale floats across the front cover carried by balloons. The Tower of Silence proves to be a simple, yet an innovative listen, showing Adey to be both talented and unique.