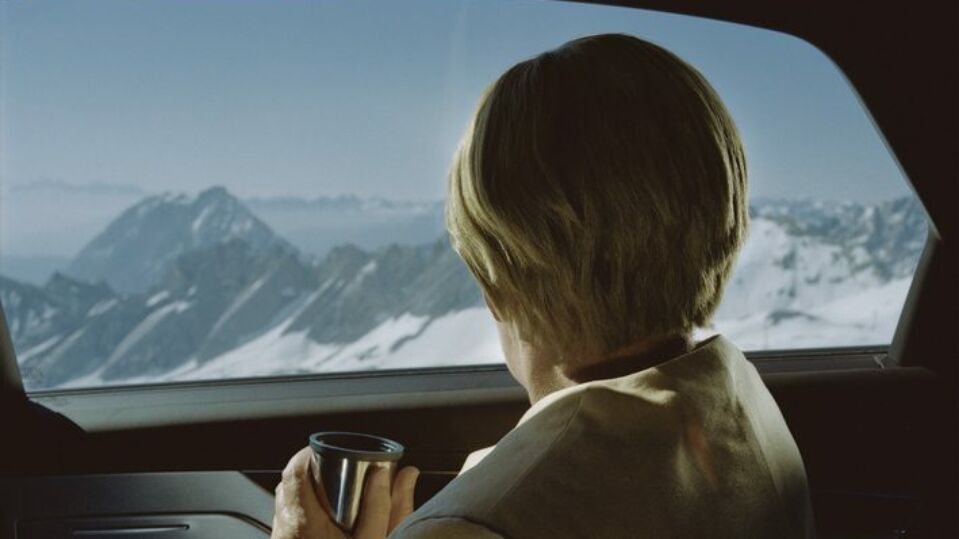 Andreas Mühe is one of Germany’s best-known artists, recognised for his explorations of sociological, historical and political themes. He creates larger narratives within elaborately constructed, dramatically lit settings – an approach mirrored by the likes of Rodney Graham and Thomas Demand. Stories of Conflict is Mühe’s latest solo exhibition, taking place at the Städel Museum, Frankfurt am Main.

A: Where did your journey into photography begin, and how, if at all, has your view of the medium changed?
AM: I had wanted to become a photographer ever since I was a kid. As soon as I was old enough, I did my first apprenticeship in photography. Even since then the medium has undergone many changes, that’s for sure. Maybe one of the most significant ways it has been altered is the increased quantity and omnipresence of images. I’m somewhat wary of this, and I would rather focus on making fewer meaningful pictures.

A: You’ve become internationally recognised for your exploration of German identity and its history; why has this subject matter always been of interest to you and how would you define your relationship with it?
AM: When I was born, Germany was in two states, separated by a wall. I was born into the Eastern part, the GDR (German Diversity Republic). I was 10 years old when the wall fell. This is the country I know best. At the same time, this country has lived through many decisive moments in the 20th century that are closely intertwined with the world’s fate at large.

A: In the Obersalzberg series, for example, you travelled to the former holiday home of Adolf Hitler, to be “surrounded by the aesthetics of megalomania.” What did you find here, and how have you created a kind of ‘theatre’ that reflects the construction of dictatorship?
AM: Obersalzberg is an idyllic landscape in Bavaria that today barely reveals any traces of its past. I was interested in the ambiguousness of this place with its overwhelming nature on the one side and the overwhelmingly dark history on the other side. Hitler and his highest ranking Nazis built themselves stately homes there, far away from the atrocities they had ordered. In the Obersalzberg series, I placed small men in uniforms against the enormous landscape, and asked: who, or what, can overrule another? The real and surreal blur into one another as we consider the answer.

A: In Wandlitz, (2011) nightfall is used as a backdrop for a residential estate 25km north of Berlin, which was home to high-ranking functionaries of socialism during the German Democratic Republic, depicting the houses as stark white emblems. How, in your practice, do you respond to a kind of “psychogeography” – exploring the impressions left upon the land, and its history?
AM: The region around Wandlitz was always a place of power, or rather, the place where state power chose to retreat to. The German emperor went to hunt there, as well as the Nazis. During the GDR, the political elite built their own private residential area there. To the wider population of the GDR, the location was completely sealed-off. The houses where the party apparatus lived seem rather plain, and they are all, in fact, very similar. In creating a dark, almost black background, the facades become even more flat, picture like. It’s a series of 20 works. Put together, I like to think of them as a metaphorical house of cards. The houses don’t reveal their inner life but by number and similarity the Gleichschaltung of the political system that built them becomes apparent.

A: Darkness is prevalent throughout all of your compositions, imposing upon the works with strong shadows and contrasts. The Biorobots (2021) series, for example, explores those called to help control contamination surrounding the Chernobyl disaster, individuals honoured as “liquidators.” How do you use light and shadow to question the concepts of heroism and authority?
AM: The so-called Biorobots appear in two groups. The first shows a single figure, dressed in different apparels that supposedly were used to shield from radiation. The figure has no face and is isolated in a dark space. He is completely anonymous, as were the hundred thousands of (mostly) men and women who were sent to the site. The second part of my work shows the same figure, now in a small group, in a strange, otherworldly place. You can recognise streets but you also immediately know that no one ever lived in this place. Perhaps it’s also an outlook into our climate future … I often ask: who is the real hero and do heroes exist at all? The Biorobots were supposed to be forgotten about and, until today, there is no official number of how many actually died.

A: How do you achieve the dramatic, cinematic, sense of lighting in your works? To what extent are you trying to create a “set” that’s conscious of its own construction?
AM: I already have the exact picture in mind before I start working on it. Precision is very important in my work. My pictures don’t hide the subjective character of photography.

A: Your latest exhibition, Stories of Conflict brings together many of your key series whilst reflecting on your interests in collective categories of family, nationality, politics, social order and culture. How important is the naming process, and what does this phrase encompass?
AM: Titles give a first indication. I like to tell stories. Oftentimes these stories are about actual historical memories that we should still deal with, such as the ghosts of the Obersalzberg. With A.M. Eine Deutschlandreise for instance, I portrayed Angela Merkel at specific sites relevant to Germany’s identity. I created a story akin to a road movie, but at the same time, I ended up retracing a country’s history in the process.

A: Why are you drawn to these types of fractures? Or are conflicts so embedded in society that they are part of all conversations: visual and textual? Can images help us?
AM: I don’t choose topics strategically. When I come across something that interests me, I start working on it. They oftentimes happen to be quite “conflicted”, that’s true. Help is a big word. I like the idea that a good picture can include many layers, all concentrated onto one flat image.

A: Many of your pieces take on an illusory quality, sitting between the real and imagined, whilst commenting on stark political realities. How important is it that your works are grounded in the moment and yet timeless?
AM: I work exclusively through analogue. The technique alone requires a different relationship to time: it’s the opposite of instant and immediate culture. Moving from the idea to the photograph can take several years. No time for trends.

A: How do you see your images as part of the larger historical record? What stories are you yet to tell?
AM: That’s for others to decide. I keep on working. For a while now I’ve been working on a project for the Kulturhauptstadt Chemnitz 2025 that’s about how the USSR mined uranium in the former GDR, in a beautiful region called Erzgebirge. The production shut down and nobody has talked about it since.

Stories of Conflict runs until 11 September. Find out more here. 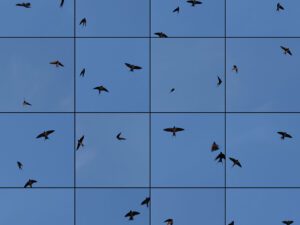 All over the world, every year, birds are on the move. Bastien Pourtout and Edouard Taufenbach’s collages capture flights of swallows. 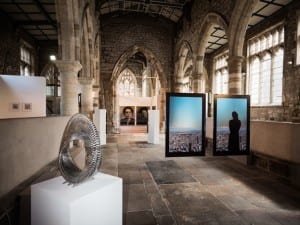 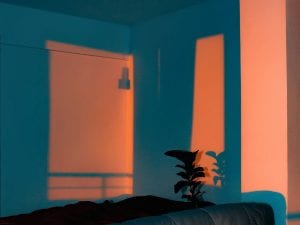