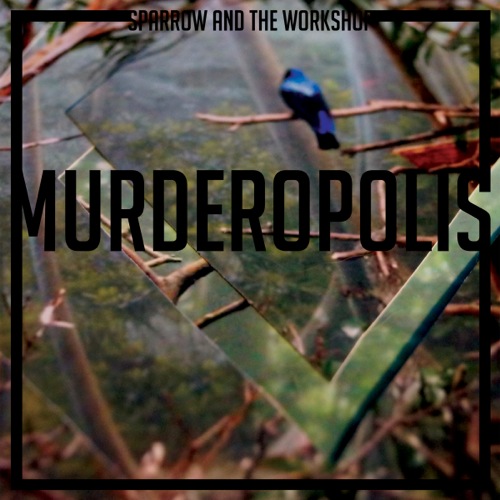 Sparrow and the Workshop

Murderopolis  is the third album from Glasgow-based trio Sparrow and the Workshop, and it is a leap forward in craft and assuredness. The majestic march of Valley of Death opens the album with a flourish, allowing the punk-tinged vocals of Jill O’Sullivan to take centre stage. Darkness permeates the album, and the brooding drums of Gregor Donaldson dominate, while guitarist Nick Packer’s shimmering work adds another dimension to the overall sound, which has been honed to perfection over the course of the previous two releases.

Recent single Shock Shock is a confident and atmospheric strut, with a latent power just reaching the surface. The more reserved Water Won’t Fall is affecting in its restraint, while The Glue That Binds Us  is poppy and angst-ridden in equal measure.

Links to the past do appear, but the vocals give Murderopolis a freedom and individuality not shackled in any era. As such, Sparrow and the Workshop has a singular, self-assured vision, concocting relevant music with a beating heart.