Sound From Every Angle 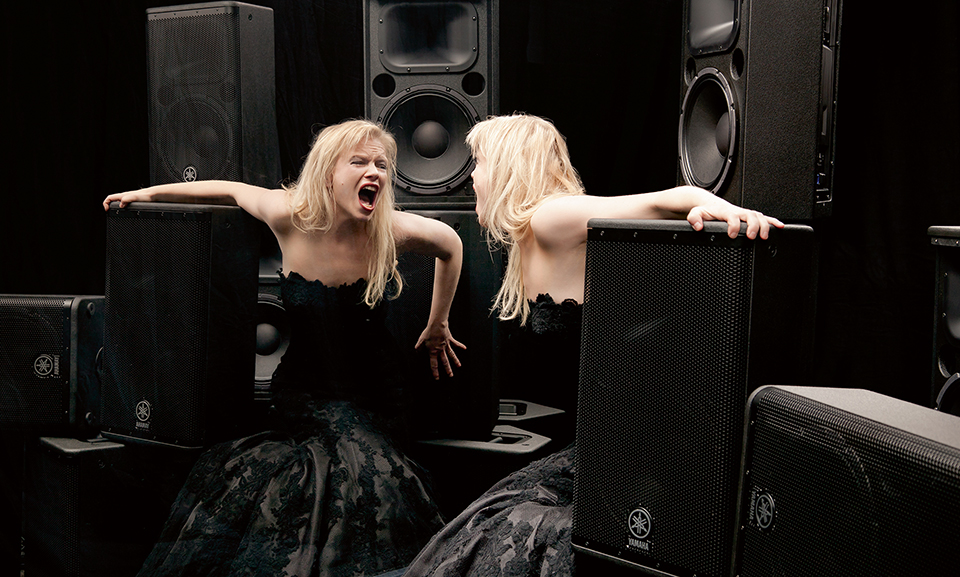 3D sound is one of the most unbelievable things you’ll ever hear. So why haven’t musicians taken it up?

The Dresden night was cold as the small group of people filed into the theatre. The Hellerau European Centre for the Arts is a strange building – a mix of Greek columns and Teutonic pomposity. Somehow, though, the strange nature of the building seemed to fit this particular March night. Because what these people were about to experience was decidedly weird.

They were there for a performance, an opera called Neither, by Samuel Beckett and Morton Feldman. Neither is not an easy thing to listen to. Written for a lone singer (on this night, it was the Norwegian soprano Eir Inderhaug), it’s a complex and baffling piece of music. You’d expect it to result in sombre reflection; perhaps even a little intellectual discussion. What you wouldn’t expect is for the audience to be so stunned that when Inderhaug finished her performance they just sat there, attempting to absorb the experience.

“People stayed for another 15 or 20 minutes, just sitting there, trying to recover,” says Sven Sören Beyer. He’s the artistic director of Phase7, the company that put the piece together. “They were shocked, sitting there, talking to their neighbours, and trying to digest. That’s what we want to do – we want to make people think about it.”

Christian Steinhäuser, the piece’s composer, agrees: “As a composer, it’s beautiful. You can play with this composing tool like an instrument. The entire process is different, and the result is a completely new experience.”

The “it” in question is something pretty remarkable. Surrounding the audience in a huge circle were 64 highly-tuned speakers, spaced at a very precise distance from each other. While Inderhaug sang at the centre of the circle, what the audience experienced was genuine 3D sound. The instruments accompanying the singer could be pinpointed in a 3D space. “Inside the circle of the speakers, you can put a violin inside the room, and hear it inside this position” explains Beyer. “It’s a focused system. You can walk around this violin player, and still hear where the player is [in space].”

To hear a 3D recording for the first time is an eerie moment. The best way to do it is to grab a pair of headphones and jump on YouTube – just search for 3D sound. The sensation of something making a noise from behind your left ear, or over to the right, or in the distance at your two o’clock position, is at first unnerving, and then amazing. It’s the kind of thing you want to send around to your friends, tweet about, and play to people over a pint.

Getting a machine to create this illusion for a human being is a neat trick. Chuck Plaisance is regarded as one of the pioneers of the technique, and helped spearhead its development in the late 1980s. The engineer and musician now lives in Germany (we don’t, by the way, know why Germany keeps cropping up in this story. Something in the water, maybe). Plaisance says that the human brain is extremely good at pinpointing the exact location of any given sound – something that 3D recording techniques replicate. “Based on time differences between ears, you can tell where sound is on the horizontal plane” he says. “Based on reflections, like those coming off the shoulder, you can tell the azimuth, or the vertical plane. It recreates the brain functions exactly.”

3D sound as a technique – both in a live space and in recorded ones – has been around forever. But this leads to a big question: if it’s so amazing, and so riveting to the listener, why don’t you hear it in modern music more? The environment 3D sound arguably works best in is when pumped through headphones, and we live in a world where people are using headphones more and more. Streaming services are getting bigger: Spotify has over 2.5 million subscribers; the iPod and iPhone are all but ubiquitous (300 million worldwide and counting). Boutique headphone companies have prospered, from Dr Dre’s Beats to WESC’s designer cans. And yet, 3D sound languishes as a curiosity, a technique beloved by studio geeks, but ignored by everyone else.

This isn’t just odd, it’s downright bizarre. Even if it were not appearing in the charts, you’d expect it to start showing up in the music of independent artists, of the Flying Lotuses and the Ninja Tunes. But nope: nothing.

Plaisance says that even when it started to make its way into recording, 3D sound and the music business were uneasy bedfellows: “The company that developed the microphone, which actually came through Mercedes to test their automobiles, were trying to get it into the music business. They weren’t received too kindly because it made the recording process much simpler and much less time consuming. And the business didn’t want to hear about anything that’d take money out of their pockets.

“There are not many people in the world doing true 3D sound” he says, a touch ruefully. “I’m trying to gear more of my products now, especially since more people are using headphones, to speaker sound, which 99% of all the other models don’t work on. Mine works on speakers as well as headphones.”

One might argue that 3D sound is too expensive. The audience at Neither would certainly attest that they were in the presence of some serious kit. The system used by Beyer and Steinhäuser was developed by – you guessed it – a German outfit, IOSONO; and yes, it’s pretty pricey. But the reality is that most modern studios could probably afford to record in 3D.

All you need is something called a binaural dummy head microphone; literally, a microphone shaped like a human head. It costs a little over a thousand pounds. And even if you can’t stretch to that, there are software programs that do a similar job at a fraction of the cost. It’s reasonably straightforward to operate too: Plaisance says he “can walk in, do a live concert, and at the end of the show I hit stop, my record is done. 20 minutes after the band is finished, I could be selling USB sticks or CDs.”

One reason that the technique has yet to pop up on albums by Rihanna or Lady Gaga is that it’s still a relatively young technology. It may have been around for a few years (sources vary, although we like the story of it being developed for NASA astronauts so that radio communications could be less confusing – a story unverified at the time of writing) but it’s only really come into the mainstream in the past few years. “The developments are simply too early” argues Beyer. “Look at the projections on buildings: for a long time nobody did it, and now it’s common. Marshall McLuhan said there’s always time for these developments, so it’s interesting for me to see how we develop something new.”

Perhaps you could accuse us of labouring the point. None of us at Aesthetica, to our knowledge, has had a top 40 hit. Maybe it’s just a case of 3D sound being a distraction, potentially taking the focus away from the music itself. But according to Plaisance – who, to be fair, has based his whole career around 3D sound – the experience that 3D music gives you is in line with the stunned audience at the Neither premiere. “It sounds like you’re sitting in the first chair in the top balcony” he says. “It’s the way we hear and the energy that it captures of the room and the performance … it fools your other senses into believing that you are there, and that there are things happening around you that aren’t.”

Plaisance also highlights an odd quirk of 3D sound: its effect on ear fatigue. If you listen to music for ages, even at low volumes, your hearing will become dull and tired. This is because sounds are being played in close proximity to the eardrum. But, Plaisance says, 3D sound fools the brain into thinking that the sound is further away, even if it’s coming from headphones. He says he can listen to 3D sound for hours without any sense of fatigue. There isn’t any research to back this up, but it does show the power of the technique.

The next few years will be the key time for 3D sound. For the guys at Phase7, the goal is to move 3D away from being an academic curiosity towards something approaching mainstream acceptance. “We want it to have a practical outcome” says Beyer. “It’s not just about theory – we want to see it used on a daily basis to entertain people. It’s not only about showing the system; it’s about using it to give life to a virtual orchestra, as in our piece.”

For more information on Neither and Phase7 visit www.phase7.de/neither and for Chuck Plaisance visit www.plaisancemedia.net. 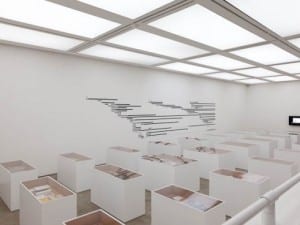 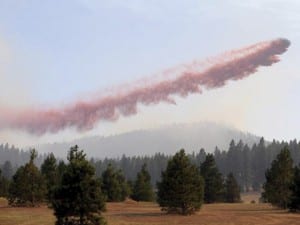 In Conversation with Anna Vogel

Anna Vogel transforms found photography with painting techniques, such as varnish, acrylic, ink and pigment, to manipulate the reality of the natural landscape into a surrealist scene.