The Dutch photographer Dana Lixenberg (b.1964) has won the 20th edition of the Deutsche Börse Photography Foundation Prize. She was announced as the 2017 recipient of the £30,000 prize by broadcaster and writer, Ekow Eshun, at a special award ceremony at The Photographers’ Gallery, London, on Thursday 18 May. Known for her long-term projects focused on individuals and communities on the margins of society, she was selected for her multifaceted portrait of the residents and community of the Imperial Courts housing project in Watts, Los Angeles.

Sparked by the Los Angeles riots, Lixenberg has expanded her project Imperial Courts (1993-2015) over a period of 22 years. In contrast to the often one dimensional and sensationalised media coverage, the artist takes a more controlled and formal photographic approach. The series includes images from different years that follow the trajectories of individual stories. Over time, lives have been lost, people have disappeared or gone to jail, and the children of early photographs have grown up and had children of their own. In later visits, Lixenberg began using audio and video recording to document the conversations and specific soundtrack of the neighbourhood.

Multilayered and interdisciplinary, Imperial Courts charts the effects of a complex and evocative passage of time on an underserved community. Brett Rogers, Director, The Photographers’ Gallery and non-voting chair of the 2017 jury, said: “This comprehensive and measured series impressed all of the judges through its affirmation of photography’s power to address important ideas through pure image. Lixenberg’s work is simultaneously understated and emphatic, reflecting a cool sobriety, which allows her subjects to own the gaze and their contexts without sentimentality or grandiosity. Originally presented in book format, each portrait operates as a self-contained story.”

The members of the 2017 jury were: Susan Bright, Curator; Pieter Hugo, Artist; Karolina Lewandowska, Curator of Photography, Centre Pompidou, Paris; and Anne-Marie Beckmann, Director, Deutsche Börse Photography Foundation. All the nominated projects from fellow shortlisted artists Sophie Calle, Awoiska van der Molen and Taiyo Onorato & Nico Krebs will remain on display at The Photographers’ Gallery until 11 June. The show will commence its tour to the MMK Museum für Moderne Kunst in Frankfurt from 29 June, and completes its journey at the Aperture Foundation in New York from 16 November. 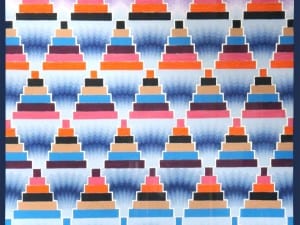 At 76, Pedro Friedeberg is still producing fresh and mesmerising works that stay true to the artist’s eccentric nature. His latest show Mandril y Alefato is on view at FIFTY24MX’s new gallery space. 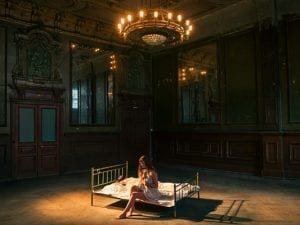 Anna Tihanyi has been selected as one of this year’s recipients of the Julia Margaret Cameron Awards. Nominated by Laura Noble, the artist has been invited to exhibit at the Berlin Foto Biennale. 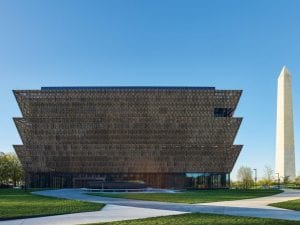 London’s Design Museum – like many around the world – is currently closed. In response, it is pushing into the digital realm with live streams.