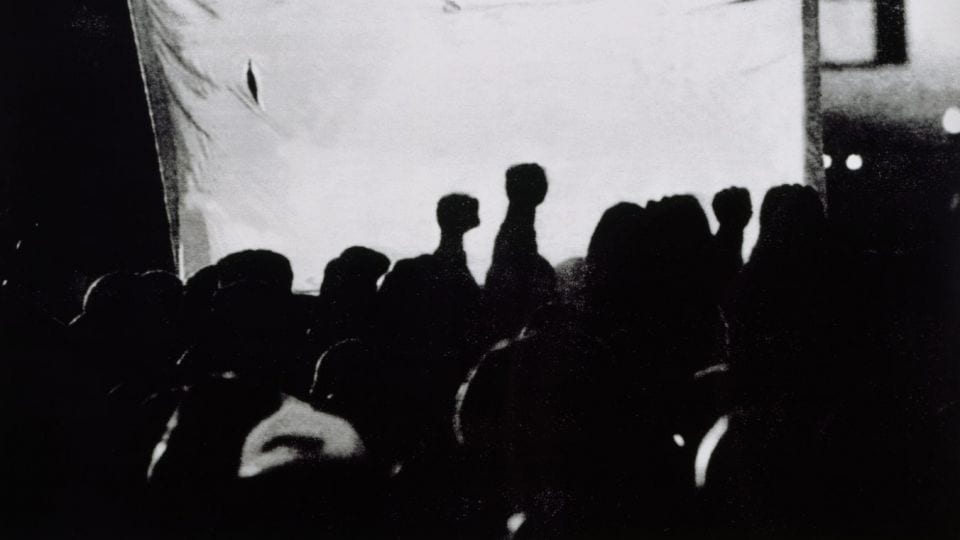 Hans Haacke’s News (1969/2008) bleeps as a teleprinter unspools rolls upon rolls of a live newsfeed in the gallery space, reams of paper gathering like so many waves beneath and beyond a desk. Visitors are encouraged to touch and read the news stories and guards unceremoniously push the pile back into shape when it gets too unwieldy. “One way to break down the barrier between what is presumed to be this secluded and holy sphere we call art from the rest of the world, which is dirty politics, is to bring that other world into the holy place,” the pioneer of institutional criticism says in an accompanying video.

It’s apt for this exhibition of works by 25 artists drawn from SFMOMA’s contemporary collection focusing on political resistance, surveillance and other social, civic and environmental concerns. The show takes its title from a 1962 James Baldwin essay on social upheaval that proposes: “A society must assume that it is stable, but the artist must know, and he must let us know, that there is nothing stable under heaven.” Arthur Jafa’s breakthrough seven-minute photo and video collage Love Is The Message, The Message is Death (2016) is a dizzying compilation of found footage that details the joy, pain and horror of the African American experience, set to the tune of Kanye West’s rap-gospel song Ultralight Beam. There is constant, dynamic motion as Jafa moves seamlessly from police killings and brutality to Barack Obama singing “Amazing Grace” or Martin Luther riding in a motorcade. The words “we’re black and strong” are removed from a 1995 Million Man March/Day of Absence protest banner in Glenn Ligon’s photograph of the same name. Ligon showed the demonstrators instead offering blank support to an unknown cause after he was troubled by the march’s exclusion of women and gays.

In An-My Lê’s hands, military training exercises in the Mojave Desert by US Marines preparing to deploy to Iraq and Afghanistan become an arresting show of flashes illuminating the night sky, an illustration of war as theatre. Turning to the natural world, and the delicate balance of how it’s beauty can be “maintained by human intervention,” Rinko Kawauchi focused on the controlled burning of grasslands in Japan. She first dreamt up the scenery before realising it existed. Endless copies of Felix Gonzalez-Torres’s Untitled (1992/1993) print of a bird soaring in the sky are offered to the public, a mediation on loss and presence as the stacks of paper diminish before being replenished. 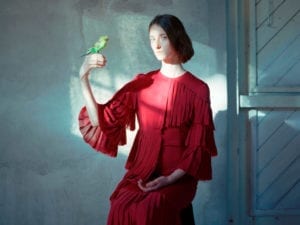 From key 20th century events to dialogues between painting and photography, these shows demonstrate the importance of images in history. 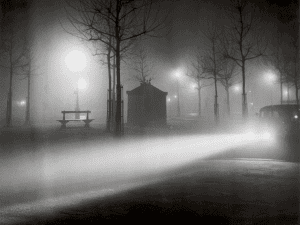