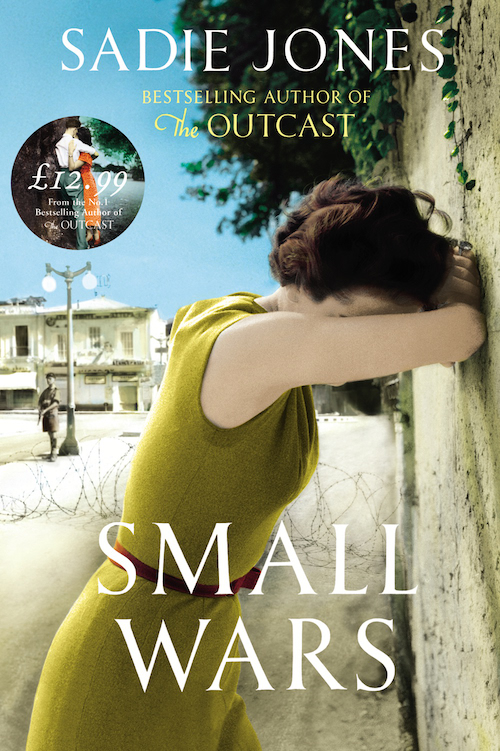 Sadie Jones has done it again. Not only has she sold 400,000 copies of her debut, The Outcast, but also created a new story, rich in complex human relationships in that same way that she fascinated us with Lewis Aldridge and Kit Carmichael.

Set in 1950s Cyprus, Hal, a young and dedicated soldier, is transferred to the island and Clara his dutiful wife follows with their twin daughters. It’s not a “sunshine posting”, as the location would suggest, rather the island is in turmoil with guerrilla fighting and Britain defending its colony. As in war, there are terrifying incidents, and Hal becomes a changed man, in the face of this action, his relationship with his wife begins to crumble.

Emotionally thrilling and highly addictive, Small Wars, tells the story of this “small war”, brilliantly researched, and highly charged, it’s a novel that depicts the many faces of war, and the “unknown enemy”, being in foreign land, unwanted and unable to communicate. Small Wars is a tremendous follow-up to The Outcast; Sadie Jones has proved herself to be one of Britain’s most enthralling authors.