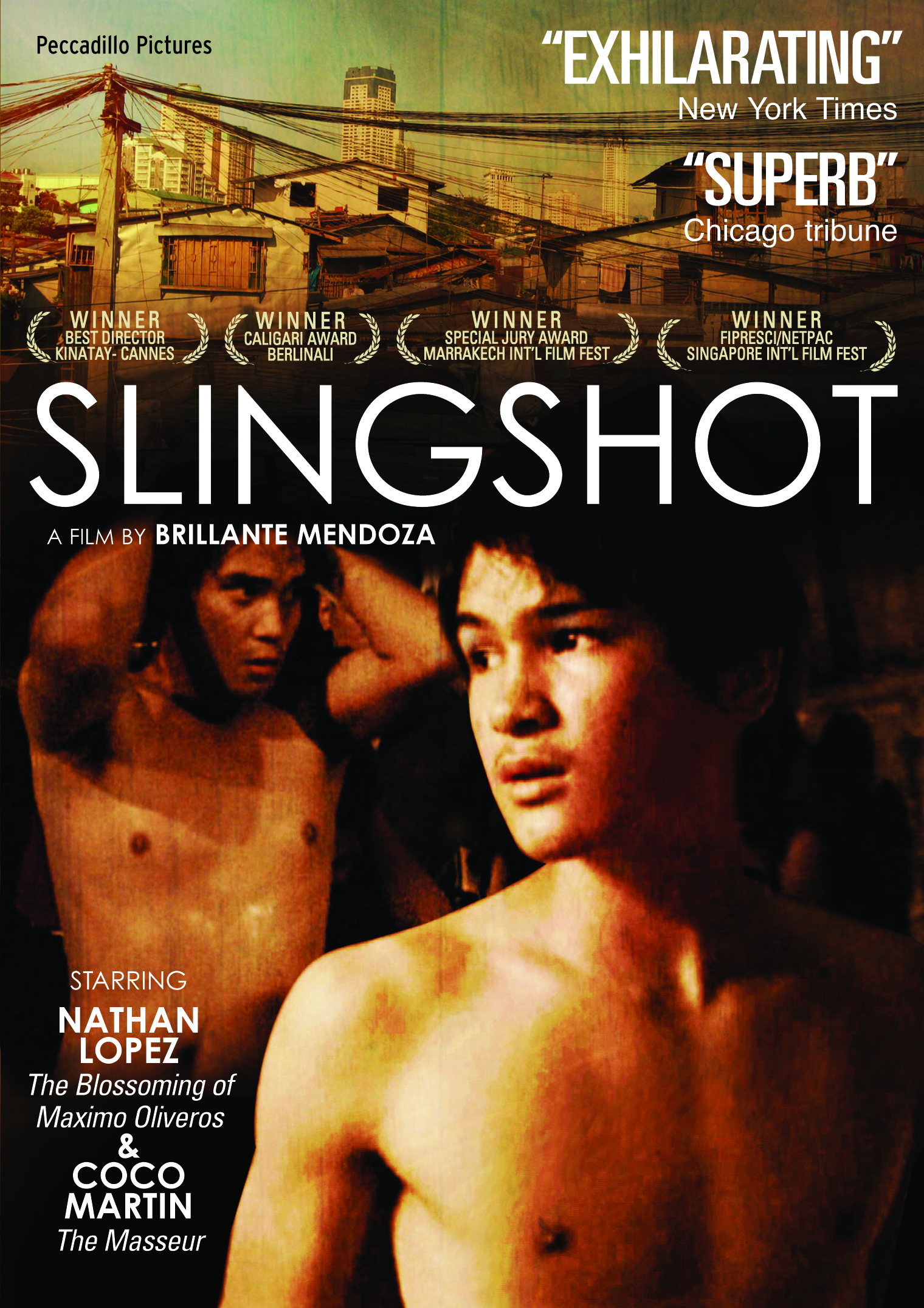 Slingshot follows a group of petty criminals or “tiradors” (in local slang), in a slum neighbourhood in Manila. As a major national election is about to take place, turbulence grows, two sides conflict – those asking for votes in exchange for freedom, and those who aim to eliminate the crime altogether – bad news for the tiradors.

The film starts as it means to go on – setting the scene with a midnight, torch-lit raid on the community’s dilapidated tenement blocks. The characters that populate the slums are discovered, junkies, criminals, and mistresses, strikingly young teenagers and families with babies all scrambling for their survival. Handheld camera shots throughout the film add to the claustrophobia and intensity of such a desperate existence. Nathan Lopez’s character illustrates the conflict between juvenile humanity and criminality – showing that the protagonists have ultimately the same everyday concerns – their appearance, love, life and day-to-day survival.

Slingshot is an exhilarating, truly affecting film that never lets up in its honest portrayal of the sometimes devastating consequences of the tirador culture.