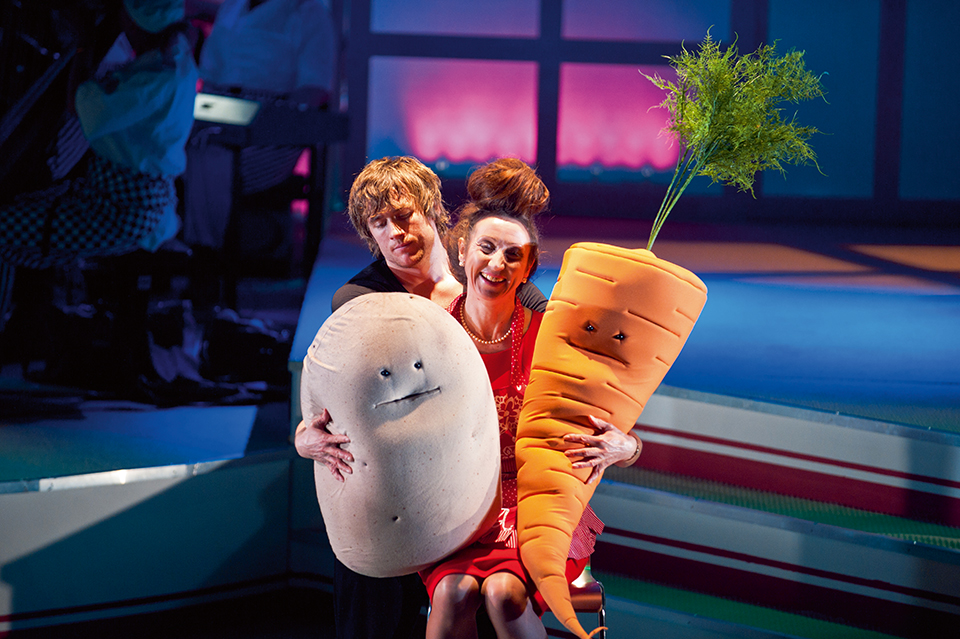 There is something refreshing about crude characters. Simple, two-dimensional creations drawn with an amateurish hand have been popular over the past decade, with major cult examples including Modern Toss from Jon Link and Mick Bunnage and, of course, the work of David Shrigley. These artists all tend towards irreverent humour and combine basic drawings with text, but the fundamental success of their work lies in their ability to create character.

Socially awkward, angular and difficult, the characters that Shrigley, Bunnage and Link create are placed in tedious, instantly recognisable encounters that satirise the various mundane realities of modern life. Modern Toss creations include Mr Tourette, a sign-writer who produces offensive signs that have nothing to do with his clients’ requests, and are blunt to the point of rudeness. Shrigley is equally straight-talking, pointing in a tongue-in-cheek manner towards inanity whilst flirting with violence and profanity in amusing ways.

Their characters are disturbing, melodramatic and deadpan. They are also honest. Their grotesque natures are flaunted boldly and this is revitalising. But how would such characterisation work on stage? Two-dimensional, or flat, characters in the theatre have a habit of being associated with poor art, but Nicholas Bone and David Fennessy clearly had faith in the idea when they asked Shrigley to collaborate with them on Pass the Spoon.

They’ve billed it a “sort-of” opera, although it seems this has become the term to describe any theatre piece that doesn’t fit neatly inside any prescribed tradition. What opera does imply is melodrama, immediately allowing the collaborators room to play with Shrigley’s particular brand of this. Shrigley acknowledges that: “the thing that really excited me was creating the characters,” but he was also “interested in the fact that opera is a little bit ridiculous in a way. There’s a certain inherent comedy in it. So it lends itself to some comedy.”

In typical Shrigley style, the characters are bizarrely comic: the cast features an alcoholic, manic-depressive egg and a banana amongst others, and these are named accordingly – Mr Egg and The Banana. This direct approach is what we have come to expect from David Shrigley; his characters are openly absurd and there is no attempt to philosophise them further or make them into metaphors. His honesty extends to his own practice as well and he claims: “I’m kind of a babe in the woods in terms of what characters are ‘meant to be’.” It’s this innocent and modest attitude that prevents his work from ever slipping into pretension and he’s genuinely puzzled by the recent rash of people keen to have his work tattooed onto their bodies.

Shrigley is a cartoonist first and foremost, working in doodles and sketches, and he freely admits that he doesn’t consider his work to have a style: “I’m just trying to communicate with people as simply and directly as possible and the fact that my work has a certain aesthetic to it is not really something I’m interested in.” This practical approach extends to his work on Pass the Spoon and his input in terms of costume and set was just enough to facilitate the work of the costume designer: “I said, ‘It has just got to look like a potato.’”

Simplicity is key with Shrigley and it is from this basis that the absurd and the melodramatic can erupt. The premise of Pass the Spoon is that it is a TV cookery show, presented by June Fork and Philip Spoon, with the ominous presence of their fearsome dinner guest, Mr Granules, hovering over the proceedings. Shrigley explains that using the format of a cookery show offered “in a very basic way, a pre-formed structure I could work with.” From this, Shrigley inserts characters that become ingredients as well as a butcher, root vegetables, and a dung beetle, amongst other things. It’s bizarre and it’s playful, but it never claimed to be anything else.

Shrigley credits the freedom offered by the idea of “avant-garde musical theatre” in allowing him to run wild with the characters: “As soon as you start describing it as ‘art’, it doesn’t have to obey any kind of narrative convention. That was quite liberating.” He is quick to praise his collaborators as the ones who pulled it all together though: “I had carte-blanche to make it as ridiculous as I wanted to make it in terms of nonsensical dialogue. It works because there were two other people doing it as well, who knew what they were doing.”

If the characters are the simple yet absurd creations of melodrama, then it is the music that provides the real heart of the piece: “The creative part of the narrative.” David Fennessy’s score underlines Shrigley’s sensibilities perfectly, establishing the whimsical nature of the piece and satirising operatic and musical conventions such as leitmotif and repetition. Shrigley suggests that the actors face a challenge in not employing too much nuance because the music presents the emotional state of the characters. He explains that the music offers the three-dimensional background to the characters: “The score really is part of the narrative and gives the subtext to the play.”

It’s difficult to know whether the droll nature of Shrigley’s work would have translated into live theatre without the genius of Fennessy and Bone. He’s adamant that it wouldn’t have, and that the key to good collaboration lies in simply finding the right people who can do what you can’t do. The layers provided by Fennessy’s score prevent it from turning thin and farcical. Shrigley agrees that “it is a weirdly comic, pantomime piece” but explains that “the music is quite in opposition to that in parts. Sometimes the music is deeply ironic and very funny but sometimes it’s within Dave [Fennessy]’s normal oeuvre, which is quite dark, moody, angular and percussion driven.”

It seems hard to believe that “dark” and “angular” would be at odds with David Shrigley’s work, though, which tends to delight in the more macabre aspects of life – death and misery. But perhaps this edge to the absurd is harder to get across when your characters are live on stage; as Shrigley says, they become pantomime characters and it is the music that has to signify the darker aspects of the performance. He admits: “The thing that perhaps even disappointed me a little bit about it was the fact that it was almost too comic; I felt like I wanted people to stop shouting and laughing and listen to the music.”

There are morbid moments, though, even without Fennessy’s menacing score: most of the personalities also become ingredients and the sinister Mr Granules inspires terror through the show. If anything it is this juxtaposition of the very silly and the very serious that defines most of Shrigley’s work: it’s disquieting, and the humour arises out of that uncomfortable feeling.

Delicate interplay is achieved in Pass the Spoon by the combination of music with text, which suggests that Shrigley, Fennessy and Bone have formed a successful collaboration, in which all aspects come together to strike the right balance. David Shrigley confirms this: “It wasn’t difficult to collaborate with Dave and Nick. It was a learning experience because there was obviously no way I could really have any input into the music.”

With typical Shrigley modesty, he emphasises that Fennessy and Bone were the expertise behind the project and laughs at the idea that he might have engendered a wider appreciation of opera. He states: “I never had any intention of bringing opera to the masses because that would be ridiculous: by my own admission I’ve never actually been to an opera! So it would be an absurd situation if I were the one to facilitate that.” Then again, absurdity is what David Shrigley deals in best.

Pass the Spoon was presented by Magnetic North in co-production with Southbank Centre, London. Performances ran at the Traverse Theatre 26 – 28 April, and at the Southbank Centre on 5 – 6 May. The London premiere at Southbank Centre coincided with David Shrigley: Brain Activity, the first major survey of Shrigley’s works at the Hayward Gallery (1 February – 13 May). 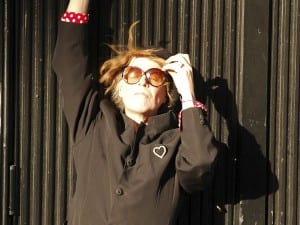