Simon Lewandowski and Sam Belinfante: The Reversing Machine, The Tetley 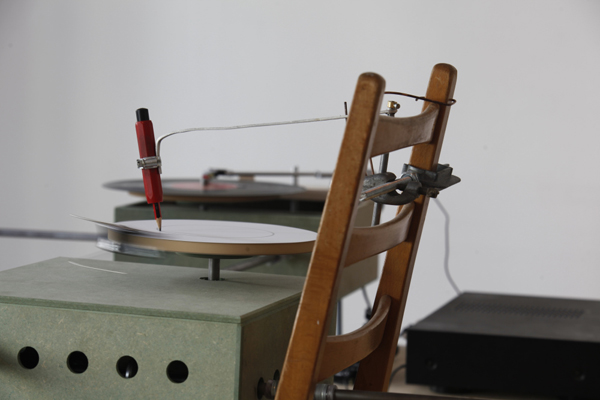 When Tetley’s Brewery was closed in 2011 and subsequently demolished the following year, all that remained of one of Leeds’ oldest manufacturing dynasties was the brewery’s landmark 1930’s Art Deco headquarters. Carlsberg, who took over Tetley’s in 1998 commissioned Chetwood Architects and Arup to refurbish the building into a new centre for contemporary art – The Tetley.

The Reversing Machine, running until 28 February, is the brainchild of London based duo Simon Lewandowsi and Sam Belinfante. A collection of satellite devices all attached to a central self reversing mechanical power source which autonomously alters the direction of anything attached, thus creating a mechanical palindrome demonstrating curiosities in the flow and passage of time.

Originally commissioned by Art Laboratory Berlin in 2012, Lewandowski and Belinfante have reinvented The Reversing Machine with new attachments. As with the installation of old, the attachments operate in forward motion for two minutes before the central self-reversing gearbox mechanism stops and spins in the opposite direction, reversing the action of the attachments. The new attachments choreographed by the machine include; a sand spreader, a lightbulb pulley, a filament light countdown, a slide projector beaming cursory commands onto a pillar, and the obbligato – The Palindrone Jukebox.

The soundtrack to the installation comes from a pair of turntables – The Palindrone Jukebox – which play specially composed pieces that can be interpreted both forwards and backwards. Visitors are encouraged to pick one of the twenty bespoke compositions, created by Ed Atkins, Sam Belinfante, Alice Bradshaw, Adam de la Cour and many more, to play during the half hour viewings. Titles include; Vitreous Lustre, To Breathe with Words and Radio Spot for Death Mask the sounds of which are even more abstract than their appellations.

Credits
1. The Reversing Machine, Simon Lewandowsi and Sam Belinfante, courtesy 0f the artists and The Tetley. 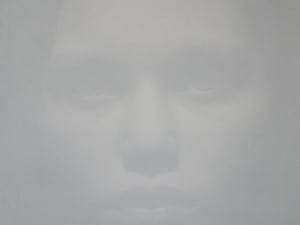