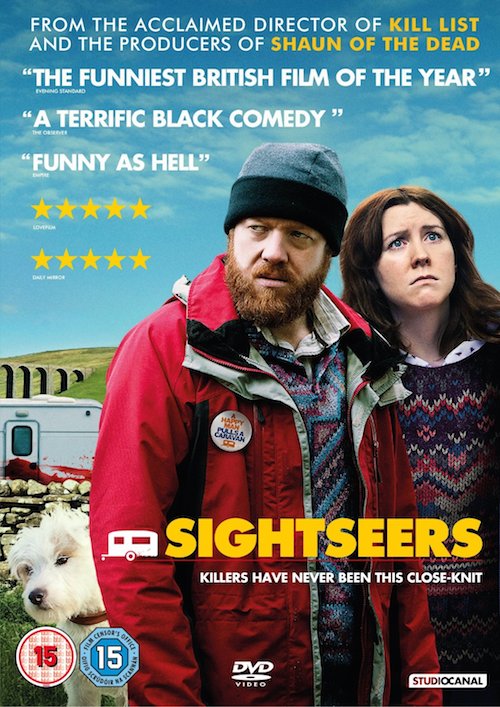 Ben Wheatley clearly revels in transporting viewers to dark places. His 2011 release, Kill List, was a sinister shocker with as accomplished a twist in its tail as ever we’ve seen. It’s no surprise, then, that he chose this clever little black comedy as the next project with which to maintain his momentum towards greater recognition.

Sightseers accompanies ordinary – read slightly boring – couple Chris and Tina (Steve Oram and Alice Lowe, whose talents also extend to having written the screenplay) on a far from idyllic caravanning holiday. In grim weather, they take in such UK hotspots as Keswick Pencil Museum and the Ribblehead Viaduct. Then, for a bit more “excitement”, they begin to bump off their fellow campers.

In an altogether good way, it has just a touch of the absurd, with montage sequences of their very British vacation sitting intentionally oddly alongside their murderous activities. A 1960s flavoured soundtrack, with apt highlights including Season of the Witch and Gloria Jones’ Tainted Love, make it all the more delicious as it approaches the kind of ending Wheatley excels in creating.