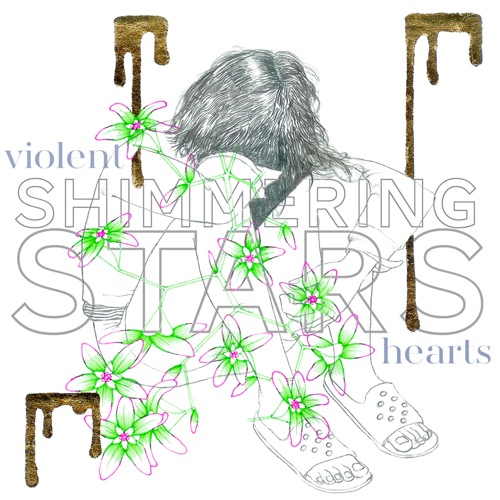 Canadian trio, Shimmering Stars, sound so remarkably like the Beach Boys on this debut album that the casual listener could easily mistake the two. With an old school rock-and-roll style sound and a wistful, California-dreamy quality, the music of Violent Hearts transports us to the bygone era of the high school dance and dates at the drive-in.

Careful attention to the lyrics, however, reveals a contemporary angst beneath the surface that brings the material bang up to date. This doesn’t necessarily mean in a good way; I’m Gonna Try, for instance, surprises with the line “walking down the street and I wanna kill everyone I see”, and tracks such as Nervous Breakdown and Dancing to Music I Hate continue this thread.

Effective as both the music and lyrics are separately, their marriage here doesn’t quite seem to work and it’s easy to be left wanting either an angry album, or an album to float away on. The overuse of reverb effects to give that Beach Boys quality doesn’t help, making the sound as muffled in places as the overall meaning becomes.