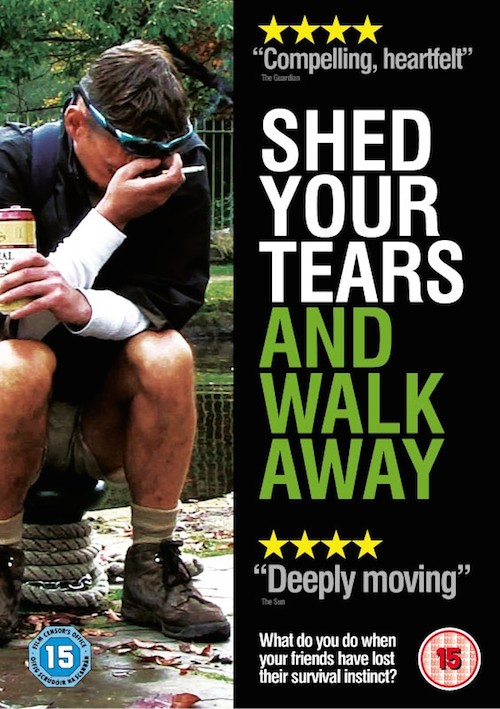 Shed Your Tears And Walk Away

Jez Lewis’ documentary explores the underbelly of the quaint tourist town, Hebden Bridge in Yorkshire. After a recurring pattern, with dozens of friends dying from drug overdoses or committing suicide, Lewis, originally from Hebden Bridge, decides to investigate and returns after 20 years absence.

As Lewis reacquaints himself with the village, and connects with school friend Cass, an alcoholic, he observes a trend of hopelessness, addiction and alienation. When introduced to Silly, a genuine man with a serious addiction, you can almost feel Lewis’ empathy. Lewis’ commitment to Cass and effort to help him into rehab doesn’t go unnoticed, demonstrating his concern. However, facts seem to be missing. How many people in Hedben Bridge have addiction problems? Is this in proportion to other localised areas?

It’s a touching story that reflects a marginalised culture that is crying out for help, although propagating the notion of it’s “grim up north”, the ultimate question remains, how do you tackle these problems and raise the bar of aspiration?