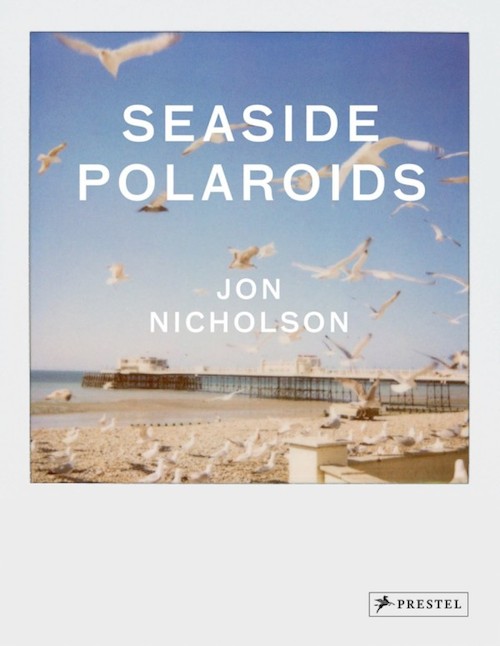 Jon Nicholson, official behind-the-scenes photographer of the 2012 Summer Olympics, ventures into the realm of nostalgia with his latest book, a collection of 70 Polaroids of British seaside resorts.

Nicholson’s work taps into the inherent appeal of the seaside resort, and its ability to mythologise places like Cornwall, East Anglia and Scarborough. A poignant portrait of memory is painted in the faded colours, and the richly imperfect surface of the Polaroid captures the wistful arcades, empty piers and the paradoxical timelessness of the subject matter. However, an ever-present sense of foreboding permeates the photographs; there is an ironic intimation that squalor hides at the core of garish amusement parks, most obvious in the abandonment encapsulated in the advancing dilapidation of the majority of the sites portrayed.

In Seaside Polaroids, medium and content seamlessly unite in a doleful paean to a fast disappearing world. Simultaneously, the book is imbued with scepticism; an unuttered question regarding the reliability and, by extension, the validity of recollection.