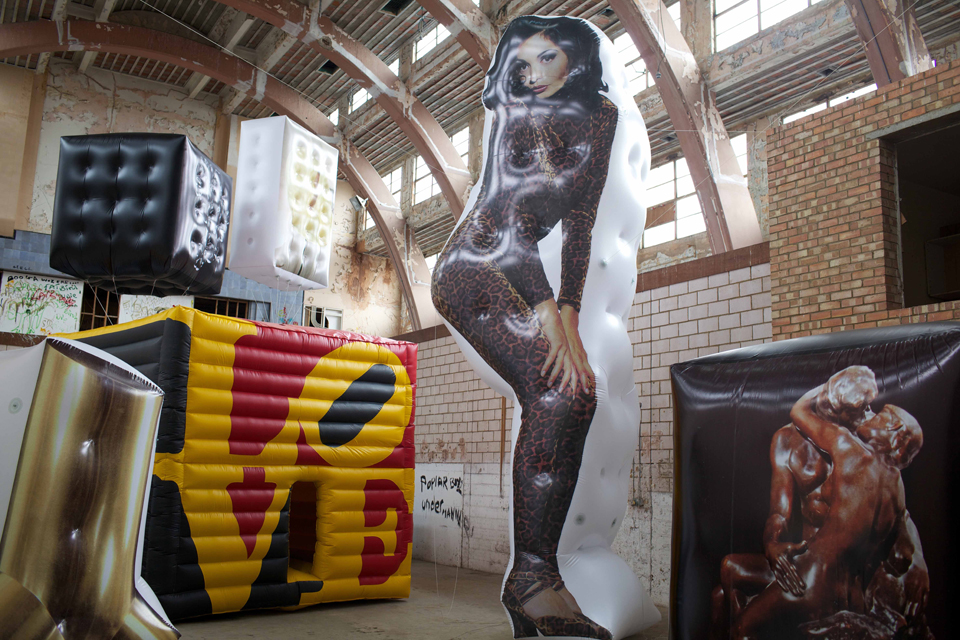 Spending two years as curator of the Frieze Foundation, Sarah McCrory is familiar with the process of commissioning public art. She steps into the role of Director for the 6th edition of Glasgow International festival. The event features more than 80 local and international artists across 40 different venues and runs 4 – 21 April. www.glasgowinternational.org.

As a new director of Glasgow International what differences can people expect in this year’s edition?
There’s an increased international focus, which is partly due to my own interests and also because the Commonwealth Games and the cultural programme in Glasgow this year are very Scotland-focused, allowing me to be more open. We have all had a desire to bring more artists in from outside the UK to the city. The festival is also bigger and we have more exhibitions outside of the cultural venues that people are familiar with visiting. We’ve managed to get use of the McLellan Galleries in the city centre, which is a disused museum and we are doing a project in Govanhill Baths that is a community art and theatre space.

How important do you think it is that the festival takes place across Glasgow’s major cultural sites and in non-traditional locations?
One of my particular passions is public programming and public art that is related to where contemporary art is shown. I do love installing in traditional white cube environments, but I’ve always considered the situation in which art can be positioned outside of the gallery, so I wanted to make Glasgow a focus of the festival and explore how the city can influence the experience of the event. Non-traditional spaces also allow local people to have access to buildings that they may never have visited. I am hoping that audiences will be able to get more of an understanding of Glasgow as a creative city.

What do you see as the nature and role of art festivals?
I think the centre of a such a festival is fantastic contemporary art. If the content is interesting then it will draw an international audience. Another important element is that it will encourage people who might not see contemporary work to embrace it in their city. As a festival we don’t have a schematic biennial style structure, instead it is really about celebrating what already exists, and Glasgow is particularly good for this because it has a wealth of creative individuals that reside here. A successful festival represents timely practices and it supports the artists who live in the city.

There are a series of talks and events arranged in conjunction with the festival. How important are these to its success?
It’s all very well having a lot of exhibitions, but there needs to be discussion and debate around them. Several of our events and talks are in partnership with other people and that’s important for the festival to continue to develop relationships. So whether that’s with the BBC or the Glasgow Film Theatre, those connections are important because we want to bring the city closer together, not only with art in mind but also through other organisations with different audiences. The events also support art that does not necessarily sit in a white cube gallery. For example, Fiona Jardine is producing a performative lecture and screening around her work on Muriel Spark.

What would you like to achieve with the Director’s Programme?
I wanted to find a variety of artists and practices. For example, on the one hand we have Jordan Wolfson, a young American artist and on the other we have Hudinilson Jr, a Brazilian artist who sadly died last year. Also, the McLellan Galleries is showing a breadth of works, including Charlotte Prodger, who is a Glasgow-based artist who is currently developing an increasingly successful career. Intentionally, the programme is not curated with a specific theme because I don’t want to force practitioners together in that way. However, I hope that people who see the Director’s Programme will draw their own conclusions about different kinds of artistic practices.

Aleksandra Domanović’s work appears for the first time in a UK public institution. Why did you include her in the programme?
Domanović’s art is really interesting because it considers her own personal background. She grew up in the former Yugoslavia and she’s particularly interested in new technology and the representation of women. In this exhibition she’s looking at their role in science fiction and making a series of large, printed banners on a kind of acetate, like the material that was used by Disney when they drew cartoons and animation. The prints form a sculptural installation throughout the building, and they’re all scenes from science fiction films in which the women have a very specific role that challenges traditional female roles. This is her first museum show, and for me it is important to support artists, like her who are really exciting and allow them to do something that is innovative and challenging. 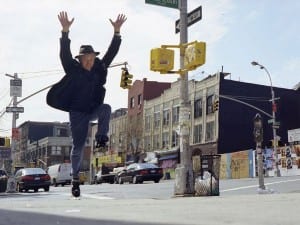 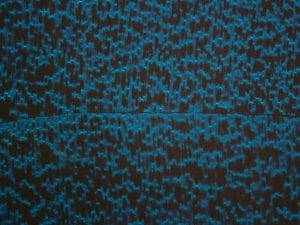