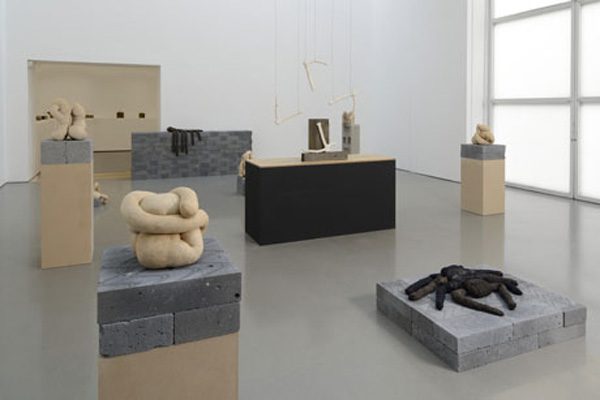 The definition of sculpture is currently being put into question here at the Henry Moore Institute. The artist-interrogator is Sarah Lucas. She turns to the sculptural rather than the sensational. The art-historical idea of sculpture is the platform on which Lucas builds, intimating the canon of sculpture. We are given to understand that, here, Arte Povera is referenced, third century Italian votives, the dolls of Oskar Kokoscha and Hans Bellmer, the statuary of Bernini, Hepworth’s and Moore’s use of natural materials, as well as surrealist figuration. It is clear that she places herself in this canon, and from within it she causes it to refer to itself. Materially, Ordinary Things from the mundane are collected and manipulated. In this exhibition we are invited to consider the ways in which Lucas uses the figure and the cast. The experience is somewhat provocative and challenging, employing an aesthetic that results in a reflective unfolding of assumptions. It is an extensive assembly of work, numbering thirty-one individual pieces.

Striking for its sense of primitive, spiritual magic was The King (2008). Here, suspended from a natural and organic wooden frame were four pieces of plaster, resembling fragments of bone. The plaster was arranged in the form of a propeller, such as might be found on a boat. This precarious assemblage, the four plaster pieces organised with quartered, geometrical balance, was reminiscent of the mandalas employed spiritually, emotively and universally by religions and other mass organisations to satisfy the human desire for unity and individuation. Coupled with the styling of the material, this facet evoked a sense of ancient rawness. Similarly evocative and constructed on a similar scale was Plop! (2005). This consisted of a branch from a tree with several sweeping offshoots to which were attached a pair of tights weighed down with concrete, a bra, and a photograph and clip frame. The coupling of the artificial with the natural in such a striking, though complimentary, contrast spoke of outdoor leisure with a hint of carnal indulgence.

Plaster casts form a major of part of this exhibition. Jubilee (2012), consisting of casts of pair of women’s knee-length boots mounted on a plinth, seemed to speak of liberation; while Unknown Soldier (2003) – a pair of army boots on the floor of the space bisected vertically with an illuminated neon tube – imparted a sense of the imperishable essence of human sacrifice with a combination of modesty and a spark of divinity. The form most numerously replicated with the use of casts was the phallus. Tree Nob 1 and Tree Nob 2 (2010), Druid (2008), Whand (2008) and others were highly phallic. Although comically vulgar, the use of material – white plaster – can be seen to remind us of the white marble infantile phalluses employed in the statuary of the Classical civilisations. That many of Lucas’s pieces are outsized causes us to reflect on the change of mores over time. In a certain light, some of the phalluses are lent a degree of sympathy because of the use of material: one feels they might be attached to something with feelings. However, engagement with these blunt, tumescent protuberances results mainly in snorts of suppressed laughter.

Of equal comic vulgarity was Au Naturel (1994). Here, melons, oranges, a cucumber and bucket are arranged on a mattress sketching out the sex organs of a man and a woman lying adjacent. The initial comic reaction might give way to reflection on the almost visually synonymous parallel drawn between animal and vegetable.

Most remarkable in this exhibition were those works involving the use of tights stuffed with fluff. Eva (2006) employs this method, as does Suffolk Bunny. At first glance, the stuffed tights, which in both of these pieces resemble legs seated on wooden chairs, seem human. At the uppermost part of the tights the thighs of the ‘legs’ are of normal girth. However, they taper toward the feet with a narrowness that can be felt to horrify what was an initial association with eroticism. The same sense of disgust proceeds from the use of stuffed tights in the plinth-mounted nudes, or as they are titled ‘Nuds’. Here, the stuffed tights curl round on themselves, arranged to give an initial impression of the human body crouched and somewhat foetal. A closer inspection reveals that these human-seeming piles of flesh have no discernible limbs. The fluff behind the nylon surface creates an impression of cellulite. Taken together these factors inspire an association between the human body and the faecal. This is quite shocking; perhaps because it speaks of death.

These pieces play on an association that subsists in our society, and perhaps other Western societies, between nudity and eroticism. This association has not always been the case. That they disgust, frustrate and slightly horrify with diversions reminiscent of weakness, speaking of the obverse of the health we find so desirable and attractive brings this association into question. Whilst being at times comic, it can also be seen as a call for greater depth. 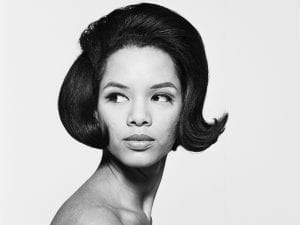 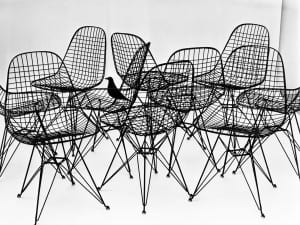