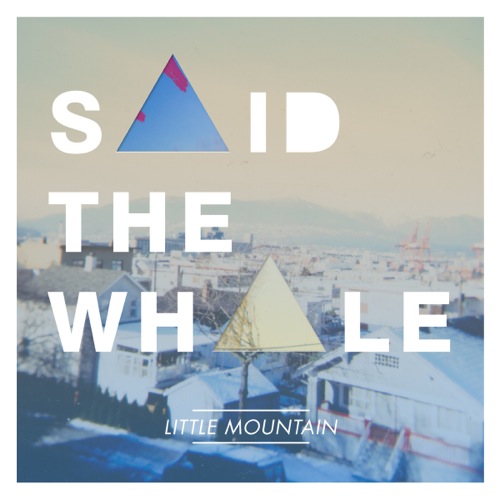 With this, their third full-length album for Hidden Pony, Canadian five-piece Said the Whale prove themselves to be experts in blending diverse elements into an ultimately harmonious end result. Little Mountain’s 15 tracks are carefully plotted to balance one another out, with gentle ballads like The Reason alternating with punchy rock anthems you’d hear at a festival.

Elsewhere, influences range from folk (most evident in opener We are 1980) to the best of 1990s indie, with Hurricane Ada redolent of Muse in their heyday. Other tracks, for instance Loveless, could easily be found on the soundtrack of a coming-of-age film, and there’s a distinct hint of the blues about Lover/Friend.

The brazen force of guitars and percussion is tempered at intervals with soft vocal harmonies by co-frontmen Tyler Bancroft and Ben Worcester, and the album somehow manages to combine a sense of nostalgia for days gone by and a drive to plunge headlong into a bold, noisy, vibrant future. A lot to take in, but a successful showcase for the band’s versatility.