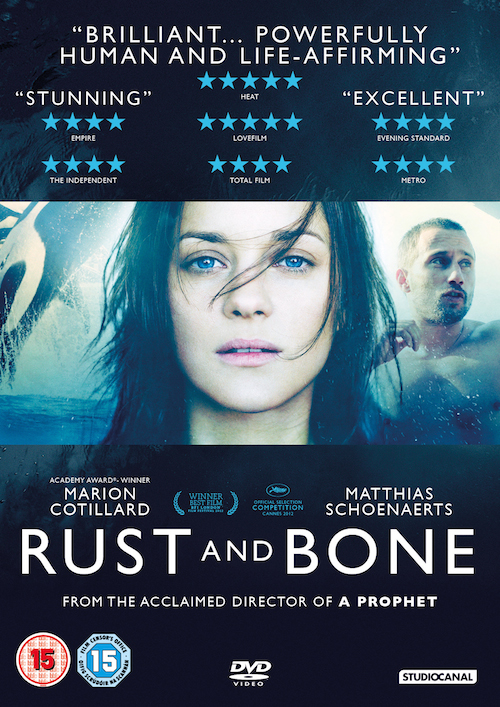 Worthy winner of the 2012 London Film Festival’s Best Film Award, Rust and Bone is a deeply affecting portrait of the gradual coming together of two wounded souls, driven by a brave central performance by Marion Cotillard.

Beautifully understated, compelling and remarkably devoid of vanity, Cotillard is Stéphanie, a free-spirited orca trainer whose life is thrown into turmoil following a freak accident resulting in the loss of her legs. During a painful recovery, her world collides with that of Ali (Matthias Schoenaerts, also unafraid to confront the darker aspects of his character), an unemployed single father whose ambitions to be a boxer lead him into the world of underground fighting.

At once a catalyst for Stéphanie’s rediscovery of herself and – in its initial, less sensitive moments – a further complication to her, hers and Ali’s burgeoning relationship is one of great complexity, exquisitely rendered through uniformly unshowy acting, a screenplay of great truth and humanity, and a simple style that allows the story’s ultimately redemptive essence to shine through.