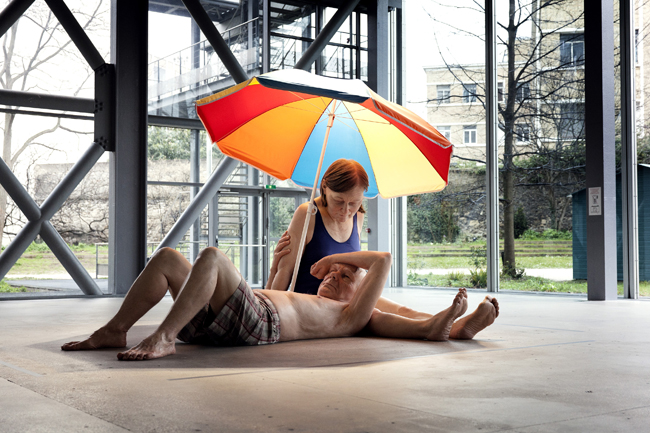 A background synopsis of Ron Mueck reads something like this – a figurative sculptor whose works are included in significant collections around the world, born in Melbourne in 1958, spent his childhood spare time crafting figures, started his career as a model maker and puppeteer for the television and film industries, entered the world of contemporary art in 1996, and proceeded to exhibit with great success in London, Paris, New York, Sydney and then globally.

Personally, I would rather describe Ron Mueck as an illusionist. His magical art lies in the creation of figurative sculptures that appear to be real, in a sense that they are made of flesh and blood, but moreover, have presence in a profoundly individual way, forming unique and evocative characters. This is illusion at its best and it is breathtaking. Emotions and thoughts are present in the eyes of the figures on show. The windows have been created, and so too have the souls. It emerges that the eyes are handmade by Mueck himself, the painstaking process of which is revealed in the accompanying film Still Life: Ron Mueck at work, which has been produced specifically to accompany the exhibition by the renowned photographer Gautier Deblonde. Silicones and resins have been transformed into flesh. Veins that transport blood are visible beneath surfaces of skin that appear soft and humanly fragile. Were it possible to touch the figures, one would anticipate body heat and expect warm moist breath to be exhaled rhythmically from the nostrils. The visual authenticity is striking, and while one could argue that it is a result of exemplary sculpting and model making skills executed in Mueck`s north London studio, it transcends this entirely. The work is neither scale model building nor hyper realism. Rather, in some godlike manner, Mueck has managed to breathe life into his figures.

Another aspect of the experience of illusion is the artist’s use of scale. By making figures much smaller or significantly larger than their conventional human dimensions, the visual spectacle becomes even more baffling. The figures are either very small or very large in relation to ourselves, but are nevertheless made of the same stuff – flesh and blood. Again, the authenticity is striking and the attention to detail beggars belief. Hair, skin, clothing and stitching have all been scaled up or down accordingly to provide an entirely convincing visual reality. It is as if these figures have been drawn down to earth out of some other world, perhaps within the realm of dreams, fairytales or giants. A deep sense of paradox is created. They are of this world, but at the same time they are not. They are apparently sentient living beings, yet they are entirely artificial.

It would be difficult to choose a better location for Ron Meuck`s show than the Jean Nouevel designed Foundation Cartier pour l`art contemporain in Montparnasse, especially on a warm and sunny summers day flooded with natural light. Surrounded by a verdant garden that serves to diffuse the sun, the gallery exists as the perfect glass casing for these treasures. As exhibitions of Mueck`s work are apparently few and far between, this has been a rare opportunity to see his pieces. There is no photography that can adequately record or communicate Mueck`s work. Websites, books and catalogues fall short in portraying the magical quality of his figurative sculptures. These can only be fully experienced `in the flesh`, and yet paradoxically without any tactility, as one is kept at a minimum distance of about four feet from any of the pieces. 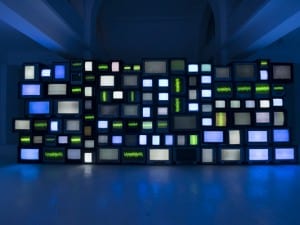 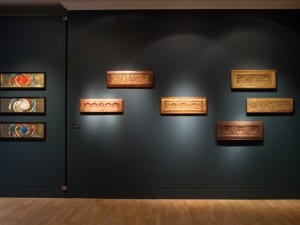