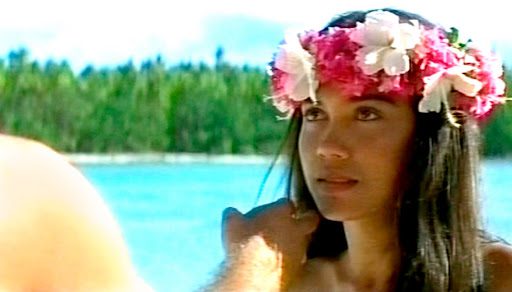 Melbourne’s icy months present the perfect occasion to nestle in the dark and spend some quality time with Project 35. The new travelling exhibition is a video show, selected by 35 international curators, set up by the Independent Curators International (ICI) to celebrate their 35th Anniversary. ICI is a New York-based organisation, and as the name suggests, they are committed to promoting an international network for curators, having set up over 116 travelling exhibitions in 23 countries.

This show is touring throughout the year in a host of international art spaces. Currently, the show is on at Al Hoash Gallery, East Jerusalem, SPACE Gallery, Portland, Maine and Pratt Manhattan Gallery, New York, and the journey will continue as it migrates to a range of geographically disparate lands including Cero Inspiración, Ecuador, Göteborgs Konsthall, Sweden and San Art, Vietnam. This physical dislocation is precisely the foil for contrast, however. There is something inherently connective to know that the work you are privy to in a gallery in Australia, is also being watched and digested by a viewer on the other side of the planet. This, of course, is no new phenomenon. Such cross-cultural interconnectivity happens on a daily basis, with our addictive penchant for information gloriously delivered to us by the net. However, the nature of the experience here is more formal.

Presented across Gertrude Contemporary’s two gallery spaces in four specially designed video projection spaces, these video works offer a diversity of approaches to video making, reflecting varying techniques, exploring a range of ideas and reflecting an enormous breadth of socio-cultural contexts. That being said, Project 35 has no thematic glue. It is organised into four DVD’s, each playing 8 to 9 videos. The ad hoc manner may well be a response to the challenge of presenting 8 hours of video art, splitting up the range for a time-starved audience.

In an ideal world, all the works would be watched in their entirety. But some are less watchable than others. For example, Chen Chieh Jen’s The Route (2006), a soundless, 20 minute video, is undeniably beautiful. We are initially pulled in by the imagery, but our attention wanes, largely due to our modern disaffection for patience. This should not necessarily be used to quantify its merit, however. Although different in context, compare that to an outside work such as Sleep (1963), Andy Warhol’s six-hour video of a man sleeping. Despite its un-watchability, its conceptual roots anchor its place in art history, as with a lot of the works on show.

This form of presentation is vital, in the sense that we are given a choice. Each selection is idiosyncratic, of course, but the democracy of video as a medium is clear. Observe Columbian artist Wanda Raimundi-Ortiz’s work: Topic 1: Contemporary Art (2006) that borrows from the DIY, viral video aesthetic. The Latino character Chuleta, is speaking directly to the camera, trying to bridge the gap between the art world and the world like us, like me and you, demystifying terms such as post-modern using colloquial vernacular. It is refreshing, and in her own words: “Yo, it’s ill!”

But therein lies the irony. Much of contemporary art is cryptic, and many of those who will come see this show expect to be bemused. Thankfully, some critique this. Mai Abu Eldahab’s choice of Guy Ben-Ner’s Berkeley’s Island (1999), leaves us in a position to question the position and role of the artist. Basic in its construction of makeshift sets and lighting, the humorous island placed in the middle of a domestic kitchen is, according to the narrator, “not a metaphor, it is a thing it itself and therefore does not exist.” He holds up a mirror to our expectations, and yes, we scratch our heads willingly. It is thought-provoking, intentional and also, fun.

Australia, regardless of globalisation, is still an island of considerable distance to its neighbours. To have its voice heard on the international art scene requires curatorial strength and insistence, so it is no wonder that the only Australian curator, Alexie Glass-Kantor has chosen local Tracey Moffatt’s Other (2009). Of this work, Glass-Kantor says: “Other is rich and diverse, providing a funny, robust, and critical riff on the way ‘the native’ has been portrayed in popular cinema.” As a comment on Australia’s position within the broader global art context, Glass-Kantor’s selection mirrors the tongue-in-cheek nature of Moffatt’s collaged content as she goes on to say, “Other disrupts mild manners by resisting subjugation and not flinching from complexity, often using pre-existing moving images ironically to create an unsettling yet ribald narrative of compromised part.”

The mash up of videos from popular culture archives showcase the way the “native” is portrayed in film. This conversation includes the issue surrounding Aboriginal Australians as well as the universal construction of gender, identity and race, by imagery. It’s fast-paced and also a little intimidating, as was the process of curation for Kantor in selecting for such a large project.

There is an abundance of copy/pasting and cross-editing in Project 35. It makes the issues of authorship and copyright seem ever so passé. The nature of the medium has changed the way we look at ownership, undoubtedly so. And in Alice in Wonderland, or Who is Guy Debord? (2003), Robert Cauble literally rips the images from the Disney classic, meticulously re-configuring the narrative, to drive Alice on a search for French Situationist, Guy Debord. It’s You Tube magic, with art school twist.

Even if you don’t know who this Guy really is, it’s alright, because as Alice exclaims of her encounter with the Dodo, we don’t need “extinct birds rambling about art and transcendence.” And yet contrary to her statement, it seems, we do.

Image:
Still from Tracey Moffatt’s Other (2009).
Courtesy the artist and Gertrude Contemporary. 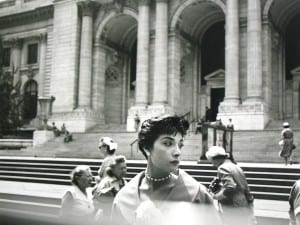 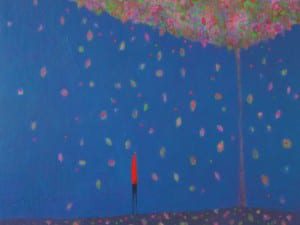