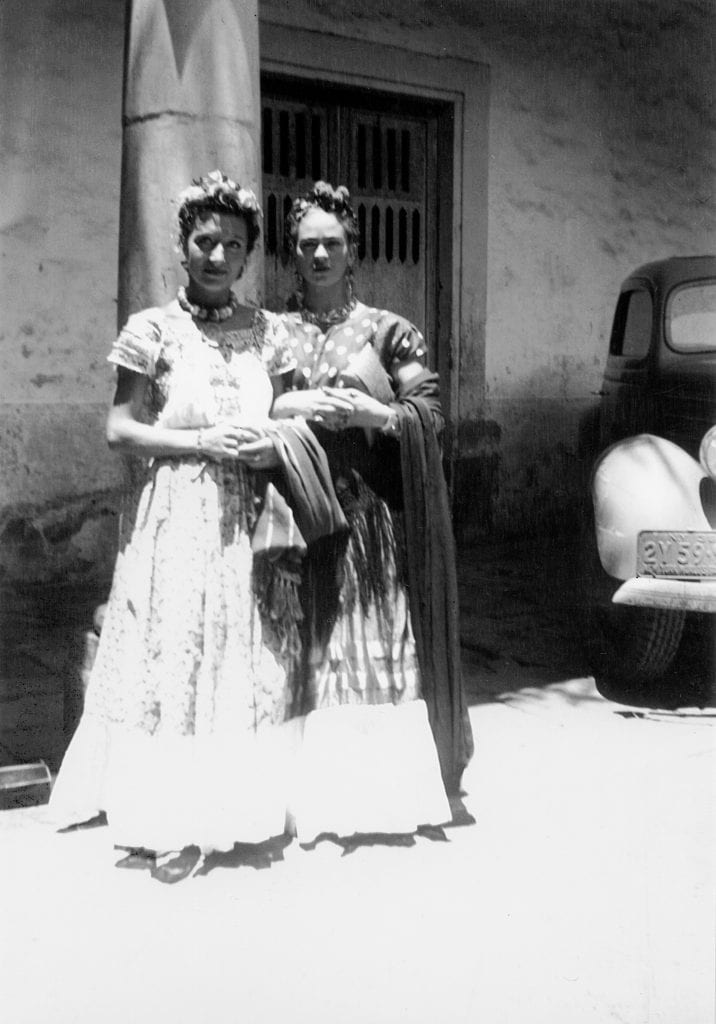 Thames & Hudson’s The Militant Muse: Love, War and the Women of Surrealism, by Whitney Chadwick, covers a range of themes concentrating on the crucial role of women in the surrealist movement – beyond that of the mere muse. By focusing on their artwork, personal relationships, and previously unpublished correspondence, Chadwick explores themes of love, sexuality, gender, feminism, mental health, war, revolutionary politics, and power.

A: What drives your continued engagement with the women of surrealism and how do you think the social landscape surrounding the movement has changed since your 1990 publication, Women, Art and Society?
WC: I remain fascinated with the women of surrealism in part because of the courage and determination they brought to rethinking Surrealist ideology and practices. Their artistic and literary relationships to surrealism were often complicated, both by their youth in relationship to the male surrealists who were their lovers, and by their determination to succeed as artists and writer despite the very real odds that confronted them. I’m not sure what the term “social landscape” means in this context.

Many of the women of surrealism were almost a generation younger than their male colleagues and lovers. In part because of their youth in relation to their partners, they lived through transformative social and ideological shifts that included a growing awareness of women’s rights, as well as often conflicted attitudes toward women’s roles as professionals rather than muses. Leonora Carrington, Jacqueline Lamba, and Valentine Penrose, might serve as good examples. Perhaps the biggest change in the social landscape surrounding surrealism and women since 1990 is the very important revisionist work by women that continues to emerge, and to document the lives and careers of women surrealists.

A: Do you think the intimacy of engagement with the female voice is necessary in acting acts as a remedy to artists that are frequently overlooked?
WC: I think that finding a voice is one of the major struggles that faces all artists, but is perhaps most fraught for women whose struggles toward artistic maturity include both engaging with, and often rejecting, dominant artistic/critical ideologies that have failed to support gender distinctions.

A: White Cube gallery’s recent Dreamers Awake exhibition involved a range of female artists, many of whom do not directly associate with the surrealist movement but have been interpreted by the curator as being influenced by it. With this in mind, do you believe there is as strong an artistic community existing in today’s surrealist movement as the one presented in the book?
WC: Regarding this question, I think one of the fascinating effects of feminism and the women’s movement has been the challenges to dominant social and artistic ideologies that have emerged and been sustained by women (see, for example, the many contemporary female artists who have been deeply moved by the work of Claude Cahun and Suzanne Malherbe). From a historical perspective it seems important to acknowledge both curatorial practices that lean toward identifying and tracking influences, and artistic practices that encourage women to challenge and renegotiate their sources, as well as the dominant artistic and cultural practices that include unstated assumptions such as, for example, that men innovate and women follow.

A: Your text often shows how female artists were confined to the shadow of their husband’s identity, would you say that this male dominated tradition exists in the industry today?
WC: I would say that it is less prevalent now than in earlier eras but that nevertheless the belief that men innovate and women follow (see above) offers an example of the crippling effects of silencing women.

A: Given the overbearing presence of Breton and “L’amour fou”, how important is Claude Cahun’s presence for the frequently omitted discussion of gender and sexual fluidity in surrealism?
WC: I would say that Claude Cahun’s presence in the surrealist movement is vitally important to discussions of gender and sexual fluidity in surrealism and elsewhere. Although Andre Breton is often considered misogynist and insensitive to women who refused the roles of “femme enfant” and/or muse, he considered Claude Cahun brilliant and supported her work.

A: As the title suggests, the book deals with the topic of war, however the specific battles this refers to could be interpreted on a more intimate level – referring to the personal battles of your subjects, the more general battle of gender politics. Do you believe this is a fair interpretation and which battle do you feel was the most pivotal to the artists of the movement?
WC: That is a lovely final question. The concept of the “militant muse” works for me precisely because it does not limit the discussion to a masculinised view of warfare. Indeed, one direct result of WWII for women in the surrealist movement was that in order to survive women were in many cases forced to transform their lives, as artists and as functioning humans. Women from Valentine Penrose and Leonora Carrington to Lee Miller and Claude Cahun took on responsibilities that (literally) threatened their lives and/or forced them to renegotiate both their lives and their art, often in dire circumstances. Finally, my thanks to you for setting up this challenging and fascinating intervention into the lives and history of the women of surrealism.

Militant Muse: Social and Political Context of Surrealism is available from Thames and Hudson from 5 October. For more information: www.thamesandhudson.com