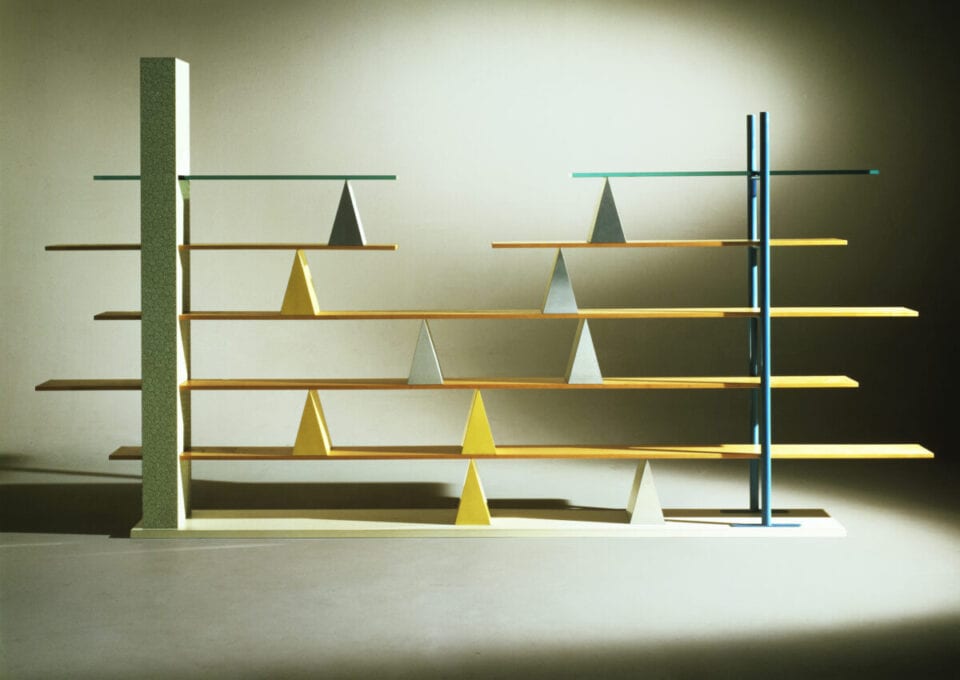 In 1981, a new furniture collection was unveiled at Milan’s Salone del Mobile. It was the world’s first taste of the Memphis Group – a young collective founded by Italian architect and designer Ettore Sottsass (1917-2007). The show was colourful, kitsch and geometric, unlike any of the other exhibits. It broke all the rules. From this moment onwards, Memphis would challenge the established ideas of “good taste,” pushing against the modernist values of the 20th century.

The Group was united by the desire to inject humour into design and subvert expectations. Each project was made to be playful and fun, drawing inspiration from movements such as Pop Art, Bauhaus and Art Deco. This re-assessment and hybrid reworking of styles is definitive of the Postmodern period – taking from the past to create something new. The result was an entirely fresh aesthetic, full of punch and vitality. Previously upheld ideas of “form follows function” were rewritten, as the look and feel of an object began to take centre stage. Examples include a unit resembling a pixellated stick figure – made up of angular yellow, red and blue squares. It could easily be mistaken for an abstract sculpture.

“The Memphis Group dreamt of shattering the codes of the 20th century,” says Anthony Spira, Director of MK Gallery, which is hosting an exhibition of work dating from 1981 to 1988. The show is currently postponed as the gallery closed on 5 November, due to COVID restrictions. “Their vision was to drop a bomb on the rules of design and to renew the language of shapes and colours that make up our environment. As a result, they changed the entire course of design, fashion, architecture, music and film.” Materials like plastic laminate and Terrazzo – previously only used in kitchens and bathrooms – were suddenly incorporated into luxury furniture. This mixing of “high-end” and “low-end” was liberating, expanding the boundaries of what design could do. Monochrome patterns of graphic shapes and squiggly lines paired with vivid yellow became an instant trademark.

Although the movement was short lived – gaining limited commercial success and sustained media critique – its influence was pervasive. High-profile customers included Karl Lagerfeld, who furnished his Monte Carlo apartment with Sottsass’ first collection. Clashing colours, synthetic materials and bold patterns became a key part of pop culture in the 1980s and early 1990s. They featured in TV shows such as Saved by the Bell and Miami Vice.

Some of these ideas may seem dated today, as we move towards a more sustainable world of natural materials and minimalism. Despite this, MK Gallery invites audiences to consider how Memphis Group’s values can be applied in 2020 and beyond. Founding Memphis member Martine Bedin once wrote: “Can we imagine a new world by drawing another chair, another table, another light, another vase?” The Group invites us to reconsider, reinvent and rebuild. 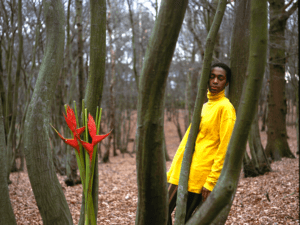 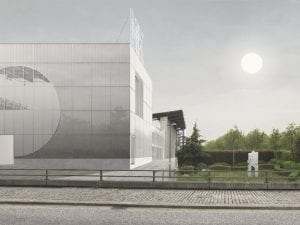