Review of The Theatre of Painting, Museum of Modern Art, Buenos Aires 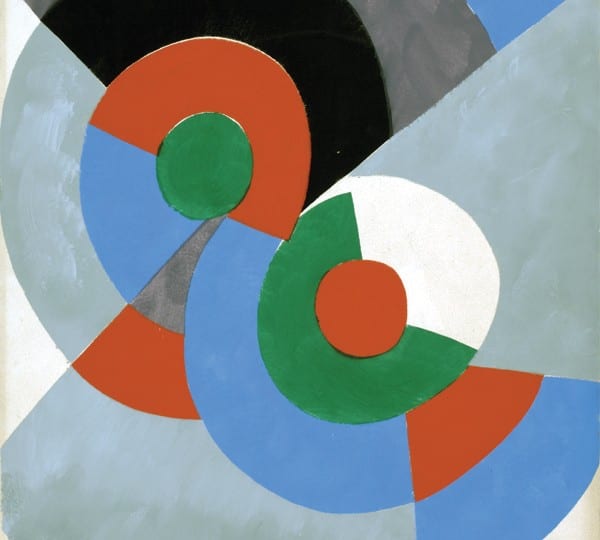 The Museum of Modern Art in Buenos Aires is currently brimming with colour and kaleidoscopic shapes, the exhibition, Lysergic Argentina, filling one gallery with its psychedelic visions and The Theatre of Painting providing viewers with a playful exploration of geometric abstraction. The Theatre of Painting places works of modern and contemporary Argentine art alongside pieces by Sonia Delaunay (1885 – 1979). In doing so, it looks at modernity as though through a magnifying glass to reveal different forms of creation and spaces in which surprising narratives unfold. In order to avoid confining Delaunay to the labelled box of female artist in a European, modern and predominantly masculine setting, the exhibition proposes to align artists from contrasting contexts in order to focus on and draw connections between their ways of making.

In line with the theatrical, curator Jimena Ferreiro has juxtaposed works of a vast array of media so that painting, drawing, photography, textiles, collage and installation collide. In this way, the exhibition emphasises how the arts radically inspired one another throughout the 20th century and how they continue to do so today. Rarely is it that an artist restricts themselves to one medium during their career, but instead they commonly cross the borders into other creative endeavours- as Delaunay and contemporary artists such as Ines Raiteri demonstrate with their exquisitely crafted weavings and embroidery.

The geometric forms of Delaunay’s Poésie des mots poésie des couleurs (1962) and Rithme 3 pour Robert (1950) cause the viewer’s eyes to oscillate back and forth repeatedly as if daring them to read and decode a poetical message. Abstraction strips back imagery to its fundamental features of line and colour, and yet in The Theatre of Painting, there are constant nods to the corporal, most obviously seen in Flavia Da Rin’s black and white photographs, which pay tribute to experimental avant-garde dancers such as Lizica Codreanu.

Delaunay’s costume designs for the film Le P’tit Parigot (1926), in which Codreanu starred, bring geometric abstraction off the canvas and onto the body in a humorous and playfully futuristic way; a reminder of Delaunay and her husband’s close involvement with Dadaist and Surrealist circles as well as the long history that fashion and art have shared. The body is referred to in a similarly direct vein in Mariela Scafati’s Cuanto puede un cuadro (2014) where several monochromic framed works are stacked onto each other against the wall and one is “dressed” in a brightly coloured, geometrically patterned woollen vest.

In subtler recognition of the body and with colour having been toned down a few shades, Paola Vega’s washed out pastel paintings look like blurred crowds, indeed they appear to speak to the melodramatic announcement in the title of Scafati’s wallpaper which covers one of the gallery walls- I’ve come to tell you I’m leaving.

The Theatre of Painting demonstrates a bold curatorial move as it seeks to explore and display the connections between vividly diverse media, highlighting examples of art that whilst having been made in different parts of the world at different moments in time can be brought together to offer new insights and new forms of looking at the making of objects. 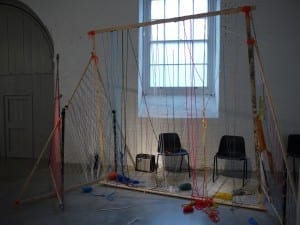 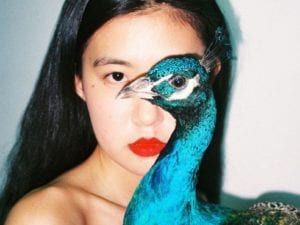 Faces appear from a crown of palm leaves. Bodies collide and make shapes. Butterflies scatter in minimal portraits. This is work by Ren Hang. 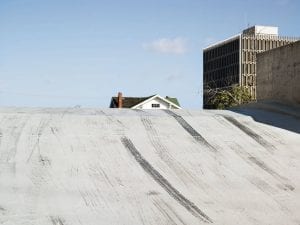 Showcasing the intricacies of architecture alongside contemporary photography, the city is awoken by annual outdoor festival Jaipur Photo.