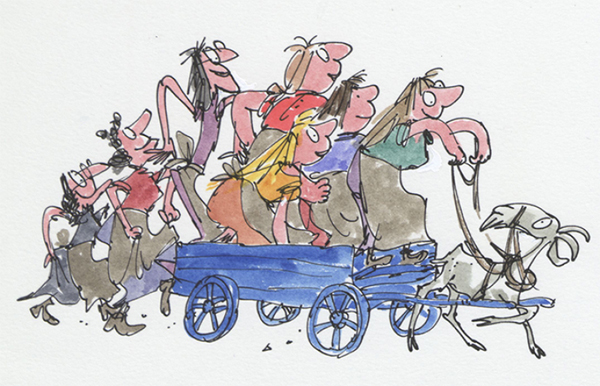 The House of Illustration is not new. It launched in 2002 as a UK illustrators’ collective, spearheaded by Emma Chichester and indeed Quentin Blake himself, and has since attracted the attention of illustrators Peter Blake, Lauren Child, Sara Fanelli, David Gentleman and Jan Pienkowski, as well as Philip Pullman, Will Alsop and Peter Capaldi, to name a few. They’ve done travelling tours, education programmes and book illustration competitions. What’s new, however, is that 12 years down the line, they have found themselves a permanent home – and a sweet home it is too.

The newly opened House of Illustration is tucked inconspicuously (at least it would be, were it not for a blue placard imprinted with Quentin Blake’s handwriting) at the back of Granary Square. The square, which once held Lincolnshire wheat for London’s bakers, and now plays host to Central Saint Martins, is a stone’s throw from King’s Cross, but couldn’t feel further. Astroturf decks the stairs leading up to the square from the Grand Union Tow Path, opening onto a surprisingly large space, complete with water-features and deck chairs. This is the closest London gets to the seaside.

The gallery itself is small, but perfectly formed. Its inaugural exhibition, Inside Stories, pays tribute to the work of The House’s founding, and perhaps most prolific member, Sir Quentin Blake. The artist’s career spans over half a century and includes more than 300 children’s books. He seems too much of a creative leviathan to squeeze into such a modest space. Yet the House does so with an understated élan characteristic of Blake himself. We begin in a small anteroom, empty but for a small glass case. Inside, the illustrator lays bare his creative process, from to-scale sketches for The BFG to revealing that he uses a waterproof pencil to make sketches look “goofy”.

However, while the display case purports to be the room’s main event, there is Blakean playfulness at work: the room is lined with his illustrations. This wall-art, which crops up throughout the exhibition, registers Blake’s recent move towards outdoor and large-scale work, something he spoke about during his 2011 visit to the Cambridge Union Society. There is an unspeakable magic in being literally, as well as imaginatively immersed in Blake’s illustrated universe.

One of the exhibition’s nicest touches is that the wall text is written by Blake. At times, the details he gives are minute, such as the “harder and scratchier” pens he used to sketch the “dirty and disgusting people”, Mr and Mrs Twit. At others, his comments give the inside story on a craft he has come to define. Of John Yeoman’s The Wild Washerwomen, he says, “a writer who knows how to write picture books can give the artist good opportunities”, a notion borne out his sprawling, messy yet exquisitely detailed illustrations. Suddenly, the scale of the exhibition seems less restrictive. Though exhibiting Blake’s life’s work would seem an impossible task, each drawing contains such a visual feast, so much spectacle and humour, that the viewer is left transfixed.

Inside Stories takes the audience through a chronological sweep of Blake’s oeuvre, from early works such as The Story of the Dancing Frog (1984) to his collaboration with David Walliams on The Boy in the Dress (2008). It ends not with the making, but the loss of childhood. Michael Rosen’s Sad Book charts the tremors of seismic grief at the writer’s sudden loss of his 18-year-old son, Eddie. It finds Blake shifting into a higher gear as he attempts to “get the balance right”, to find a visual idiom for bereavement. The result is a work whose mental and visual acuity in the face of death is extraordinary. Blake’s work on the Sad Book casts no shadow over his more playful work. Rather, it throws light on the illustrator’s gift for visualising emotion, one just as apparent in Mrs Trunchbull holding a plate over Bruce Bogtrotter’s head, or a cockatoo hiding behind a jug of milk. 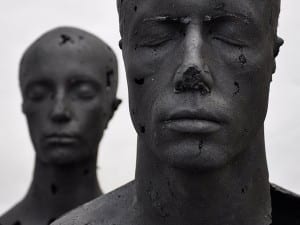 London-based artist, Tom Price, heads across the ocean for his first solo exhibition in the USA. Debuting new work at The Nelson-Atkins Museum of Art, his show explores the notions of presence and absence and the idea that these two states are dependent on one another. 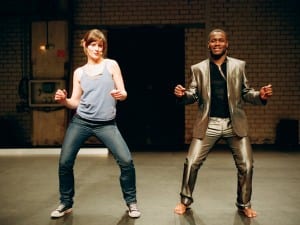 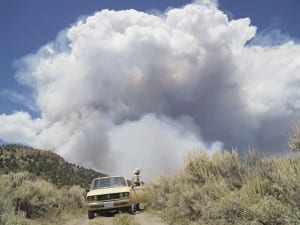 Running from March 28 – May 10 the exhibition, Frontcountry: Lucas Foglia will address the the wild and sparsely populated American West, with all its romantic and historical connotations.