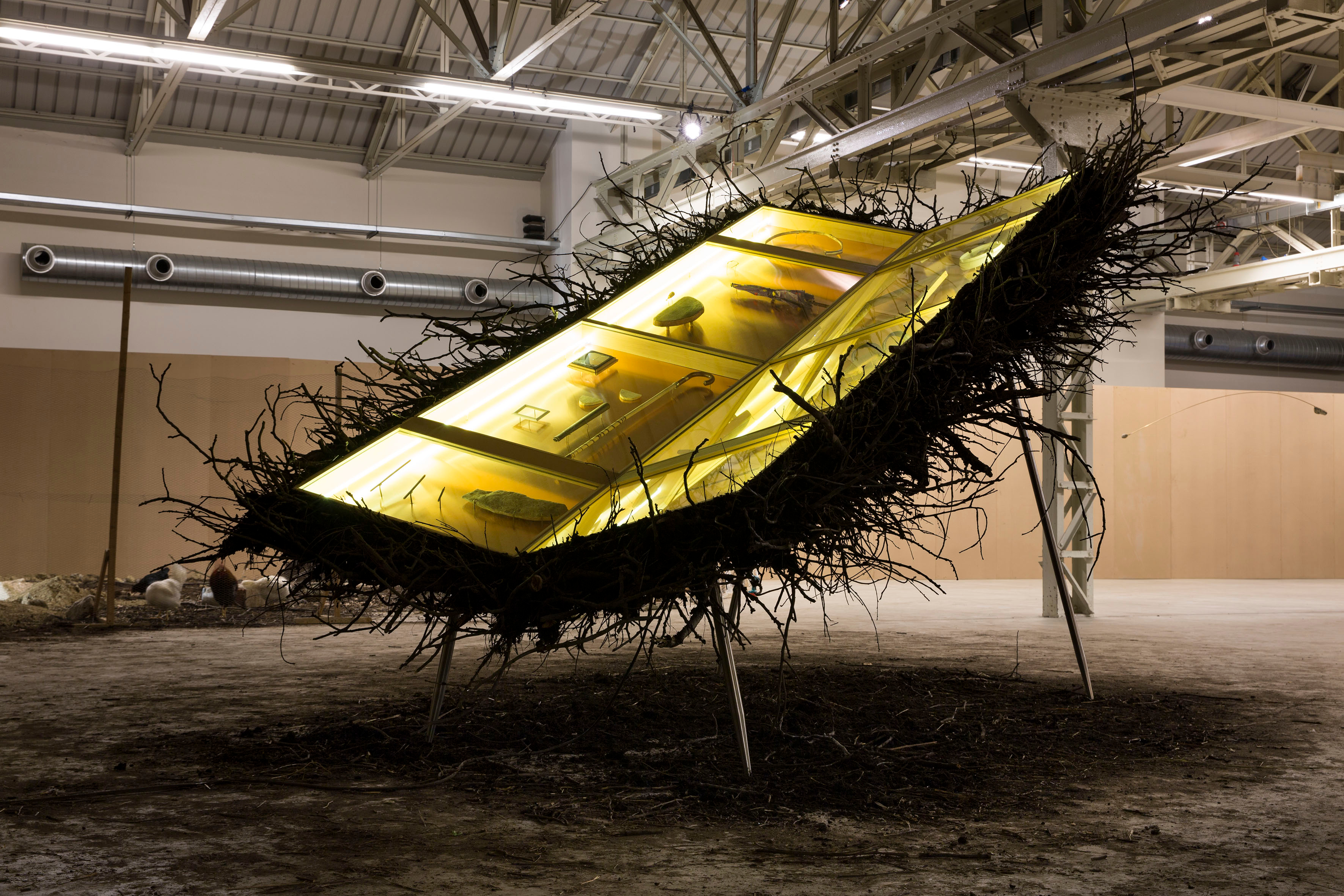 “When I conceived and constructed the shuttle rocket for They’re lucky to be Bourgeois Hens, I was thinking deeply of how things might be transformed if looked at or considered from above, from an unusual point of view.” With this statement, Petrit Halilaj introduces one of the largest works to be displayed outside HangarBicocca, in Milan. The intervention was planned to stand just outside the exhibition space, serving as a metaphorical entrance to the show. As a connection between the external urban fabric and the hangar within; between natural and artificial light, as well as between imaginary worlds and multiple realities. It takes the form of a rudimentary space rocket conjuring up the notion of a voyage of discovery and re-evokes the title of Halilaj’s first institutional solo exhibition in Italy: Space Shuttle in the Garden.

With its Klein-blue vault, the shuttle interior is actually home to dozens of real hens – a metonymic animal in Halilaj’s work – that are as free to move among the works in the exhibition as the visitors themselves. Just like a poetic declaration, this installation aims to strip away all notions of hierarchy between living creatures, introducing a humorously-inflected desire for change. The rocket-shaped installation is the latest part of a project begun in 2008 as part of Art Is My Playground, a group exhibition held in an amusement park in Istanbul. There, Halilaj presented a series of sculptures made from water, iron, wood and objets trouvés. These offered an introduction to the Space Shuttle in the Garden installation, with a floating black feather immersed in the waters of an austere, hydraulically-activated fish tank.

Halilaj practice bears witness to the renaissance of an independent country – Kosovo – while elaborating on various experiences of the recent war. A period of loss for the artist and his family is explored, representing the history of his country of origin, considered a new ground for re-birth. Employing his baggage of memories, he delves into universal themes like the search for identity and the concept of home as both common and individual space. The issue of Domesticity at HangarBicocca is primarily examined in works like The places I’m looking for, my dear, are utopian places, they are boring and I don’t know to make them real (2010-2015). Created in 2010 for the 6th Berlin Biennial, and now on show in a new form for the first time in Italy, the installation is made from the wooden framework used to construct Halilaj’s new family home in the capital, Pristina, after the family decided to leave Runik, where they had lived for years. Like a disassembled negative mark, the structure – a mould of the building – fills the exhibition space with its outlined emptiness, defining different rooms and spaces.

In HangarBicocca, the work has been exploded on different horizontal and vertical levels. The common areas of the house serve as the central section of the installation, connecting other, surrounding works such as 26 Objekte n’Kumpir (2009) and the metal enlargements of the space, realised in 2015, entitled It is the first time dear that you have a human shape. In fact, imbued by a desire marked by expectation, a feeling that precedes any move to a new city, The places I’m looking for is actually a family portrait in which past and future intertwine to compose new stories derived from the vicissitudes of its inhabitants’ lives. “When I look at this new displacement”, remarks Halilaj, “I can almost perceive the real house, now almost finished in Pristina. The same house that I have not been able to build with all of my family and the one I still have to see in person, because I’m often abroad. Each artwork shown here in Milan is a measurement of the distance, in space and time, I could have not covered during the years.” This is the common element that runs equally strongly through the sculptures, projections, installations and drawings on show: truth spreading through a time-lapse microcosm. 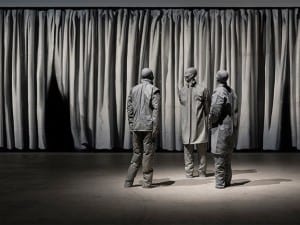 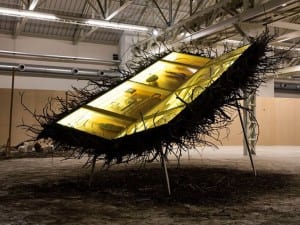 Curated by Roberta Tenconi, this exhibition of large-scale sculptures, drawings, performances, videos and installations takes over the indoor and outdoor areas of Pirelli HangarBicocca. 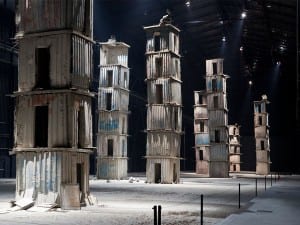