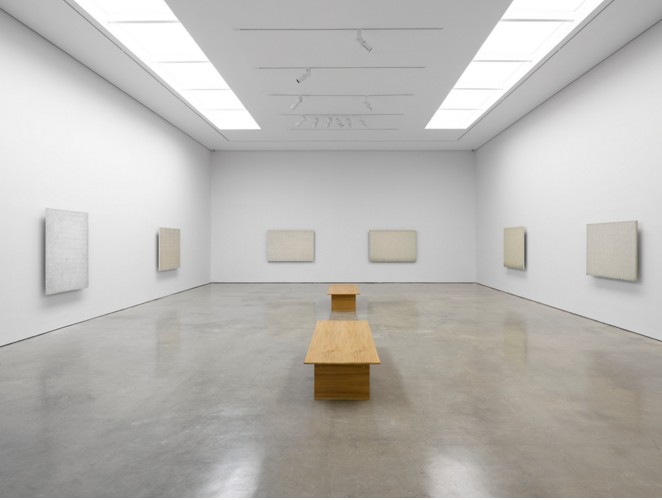 For his first British solo exhibition, Park Seo-Bo, who is widely considered alongside Lee Ufan as one of the leading figures of contemporary Korean art, displays his richly reflective oil and pencil works at White Cube’s Mason’s Yard in Ecriture (描法) 1967-1981: Curated by Katharine Kostyal. In the exhibition there are obvious aesthetic correlations with similar post-war Western art movements – minimalism being the most stylistically close although refuted by Seo-Bo and remaining only a superficial link. What the viewer is given is an immediate silence devoid of exterior influence and pollution that reveals, through the ritualised mark-making within his monochromatic compositions, a meta-physical self-realisation.

The light grey walls and soft lighting, along with plain viewing benches, lend an air of sanctuary to the gallery – an atmosphere that is aided by the pencil marks themsleves, which suggest a hymnal lyricism: for example, in Ecriture (描法) No. 42-73 (1973), rough horizontal rows dissect the square canvas. Each row is built up of layers of right-slanting pencilled diagonal ellipses, pushed through the oil paint to give an almost exaggerated, gaunt flesh tone. The viewer’s eyes follow Seo-Bo’s hand as he loops and loops his pencil through the oil paint, synthesising the two in a slight impasto. But it is the space between the repetitive mark-making and Seo-Bo’s hunt for total spatial understanding that catches the audience’s attention. It produces a space of pure emptiness and silence that envelops the viewer and strips them bare, mentally.

In Ecriture (描法) No. 26-75 (1975), shorter pencilled ellipses buzz horizontally across a square canvas, like television static. On each row eight evenly spaced blemishes of off-white seep through from behind like a heart beat on an Electrocardiogram. The longer one gazes into its mesh of lines following its repetitive rhythm, the more one becomes aware of physical being, their own human nature, their breathing and heartbeat seem to echo the work’s rhythm and instil a sense of temporality. This confronts the viewer with an absolute truth, as though recapturing a long-forgotten childhood memory.

Throughout the exhibition, however, there are variables that bifurcate Seo-Bo’s otherwise rigid aesthetic uniform. In Ecriture (描法) No. 67-78-79 (1979) a square canvas is covered in an off-ivory coloured oil paint. A band of fluid, interlinking S marks run along the bottom and up the side of the canvas. From the top of the composition, elongated loops exaggerate and extend into backward S marks within the oil paint. The gestural marks feel far more free and expressive – like calligraphy – yet within them is retained Seo-Bo’s ultimate emphasis on repetitious mark-making and ritual. Here, the viewer is confronted by the power of painting. There is the ability to activate and/or reactivate a better understanding of our physical and mental construction. The paintings in the exhibition challenge the manner in which we often become tightly strung by social and cultural compartmentalisation, forgetting how universally similar we all are by simply existing. 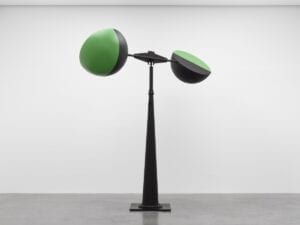 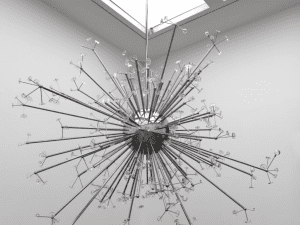 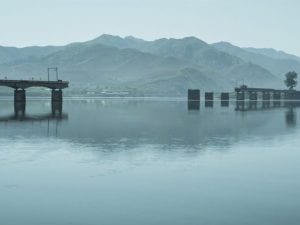