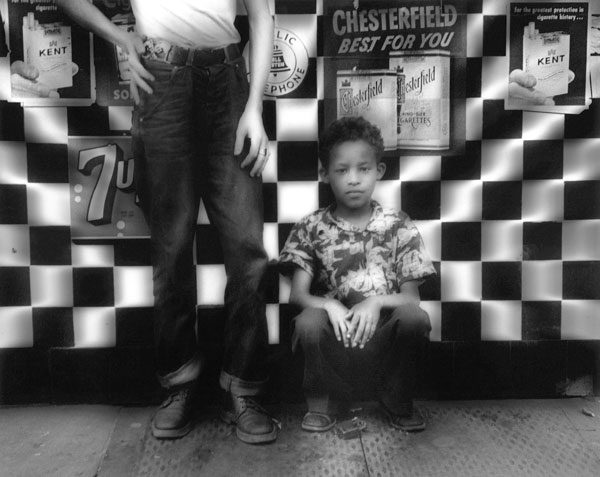 It might be considered to be a curatorial risk to combine the works of William Klein and Daidō Moriyama in two mellifluous exhibitions that in effect is one massive display of work, as they are both immensely important and vivacious artists of our time. Though, that is exactly what the Tate Modern’s strong-willed team have managed to pull off with what seems to be great comfort and assurance. The exhibition titled, Klein + Moriyama spread across almost the 2nd entire floor of the Museum. Every film, every painting, every photograph had to be watched and observed… It was all attention deserving, it was all monumental.

One of the most crucial aspects of Klein + Moriyama was that the work of Klein and Moriyama mirrored each other to such an extent that New York and Tokyo become almost interchangeable cities despite their social, cultural and geographical differences. Some of the most well-known works of both photographers adorned the walls of 13 rooms. The exhibition started with Klein’s first film, Broadway by Light (1958), an early manifestation of pop art and almost a portrait of New York depicted through neon lights is perhaps best explained in Orson Welles’ words: “the first film I’ve seen in which the colour is absolutely necessary.” From his work for Vogue to his New York book Life is Good and Good for You in New York: Trance Witness Revels, followed by his abstract paintings all the way to his series Holland=Mondrian the stark contrasts in colour, shadow, ideas, experiences come to form a Klein shrine. Klein’s cityscapes all portray real-life circumstances: they are made up of women wearing rouge, men in hats and uniforms engaged in different activities, at times bracing banners, breaking bread and drinking with their fellows and at other times looking idly into the lens.

Moriyama, born ten years after Klein, possesses a very similar sense in his approach to photography. He says, “For me, photography is not about an attempt to create a two-dimensional work of art, but by taking photo after photo, I come closer to truth and reality at the very intersection of the fragmentary nature of the world and my own personal sense of time.”

The Z-shaped partition between Klein’s work and Moriyama’s work posed as an opening to both their realms of creativity. Standing on the Klein side of the partition we could see Klein’s world as well as Moriyama’s in the background, and hence, vice versa. The Moriyama journey started with works from his first photobook, Japan: A Photo Theatre (1958). Tokyo street scenes, studies of actors, nightclub performers, and cramped living conditions all created a solid understanding of Moriyama’s early photographic depiction of life. Platform 1977, Tales of Tono (1976-1999), Memory (2012) are some of the series of works that deal with the depths of day to day life while also drawing attention to Moriyama’s inspirations, aspirations and influences over a few decades.

However, it is definitely blatant that a distinct stylistic change took place in Moriyama’s work in the 1970s. Upon reading Jack Kerouac’s epically influential beat novel On the Road (1957) Moriyama embarked on the idea for his work Hunter (1972) in which, as he states: “a road map of images from all over Japan through a moving car window”, were depicted. Always on the move, “routes and roads are the hunting field for me as a photographer…” Moriyama explains. Though it is consequential to also think these aren’t just captured images on the backbone of rolling roads, they are as expressive in their singularity as they are in their plurality. Dedicated to Jack Kerouac, Hunter is a reference to human nature, and above all, to Moriyama’s intrinsic human condition. Whether you hunt to eat or you hunt to express yourself, there is always an element of unique self-sustainability.

Placed alongside one another, Klein + Moriyama presented the audience with a world of immaculate photography that was collected from over five decades.

Klein + Moriyama ran at the Tate Modern from 10 October until 20 January. For more information about Tate’s upcoming exhibitions see www.tate.org.uk 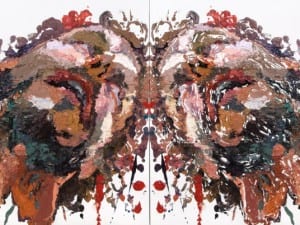 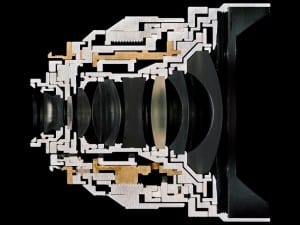 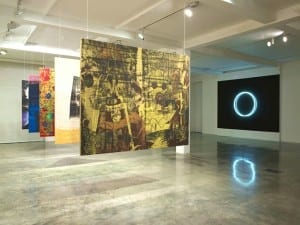