The comprehensive project América Latina 1960-2013 is a bright example of a discourse presentation in a frame of exhibition space. It aims to give a panorama of Latin American photography from 1960 up to today, and unites 72 artists from 11 countries. Curators of the exhibition, Ángeles Alonso Espinosa, Hervé Chandès, Alexis Fabry, Isabelle Gaudefroy, Leanne Sacramone and Ilana Shamoon, state that the focus of research was an evolving relationship between text and photographic image that actually doesn’t imply an imperative presence of a photograph in a piece: besides photography, the show displays video art, installations, collages etc. However, this accent is quite reasonable in relation to the historical orientation of the project that inevitably provokes reference to the particular social and political situation in Latin America countries.

The media of photography and text are evenly matched to the tools of values’ articulation and manipulation appropriated by the political system, and which are, at the same time, apparently truthful and transparent. The connection between text and image in Latin American culture takes its roots in the activities of Simón Rodríguez, the 19th century educator, who used textual devices as tools for resistance and passes through concrete poets of the 1950s, using written word as a visual element in their methods.

The exhibition at Fondation Cartier, co-produced with the Museo Amparo in Mexico, is formed by four sections accompanied by a half-century timeline of Latin-American history: Territory, The City, Informing-Resisting, Memory and Identity.

The conflictive question of territory with subjectively outlined borders inescapably emphasises the problem of obscure changing identity. Coming across this subject one could but notice that in a pursuit of identity definition, one of the media used in artistic creation is the human body, a symbolic territory that rests selfsame, despite all cultural or political transformations. Thus, the first section of América Latina 1960-2013 displays a significant video work Marca Registrada (1975) by Letícia Parente, documenting the embroidery of the phrase “Made in Brazil” on the artist’s heel. Regina Silveira illustrates identity as a huge chaotic map made of several puzzle pieces, each with an image that could be read as emblematic: portraits of Che Guevara, Carmen Miranda, a bottle of tequila, stills from a football match. The Venezuelan artist Claudio Perna, educated as geographer, works directly with maps of his country through their capability of official identity manifestation.

The City chapter celebrates an urban area as a place of public expression: graffiti, posters, commercial advertisements. Argentinian artist, Facundo de Zuviría, captured hand-written sign-scapes, symptomising booming consumerism. Bill Caro pitches theatrical posters glued on the walls that appear to be parts of colonial buildings in Peru. Another example of “speaking walls” – Marcelo Montecino’s work causes a collision between a viewer and a graffiti statement “The workers should not have kids as they will always be poor”.

The underground part Informing-Resisting, zooming in on the political power of words and images used as means by the artists in times of political instability and repression, starts with a series Piede Foots (2012) by Colombian artist Johanna Calle. Blank white paper and a freezing sentence: she appropriates a text from archives as a tribute to the victims of violent tragedies in her country. In some cases photography was used as a documentation of politically engaged actions, as in Transformaciones de masas en vivo (1973) by Luis Pazos, who affirms that the performance itself, that is to say the creations of political symbols by human figures, were initially conceived as a more aesthetic rather than political experience, but the documentation showed it in another dimension.

The Memory and Identity section revolves around notions of trauma, historical fact and mass culture. Take Colombian Juan Manuel Echavarría, who photographs places of remembrance as a method of chronicling the traumatic circumstances of forced exile, while Mexican photographer, Graciela Iturbide does it in order to pay tribute to Frida Kahlo, a symbolic figure of her country. Marcelo Brodsky recreates a personal history of his school class, adjusting a photograph album of his class with comments about their life several decades after the photos were taken.

The exhibition attempts to cover a half century of Latin American visual art, but one can see that it speaks quite timidly about present, although depicting the socio-political matters essentially affecting artists and activists in the 1960s-1990s. Presentation of such an extensive range of artworks and problematics of a varied territory and context might involuntarily lead to a risk of generalising. Nevertheless, the works of all artists uncover pain spots and intently detail the fragments of time. 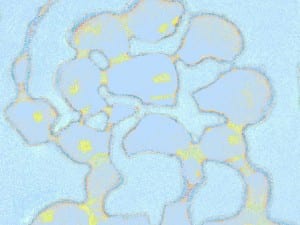 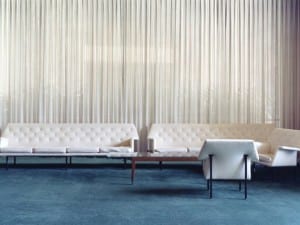