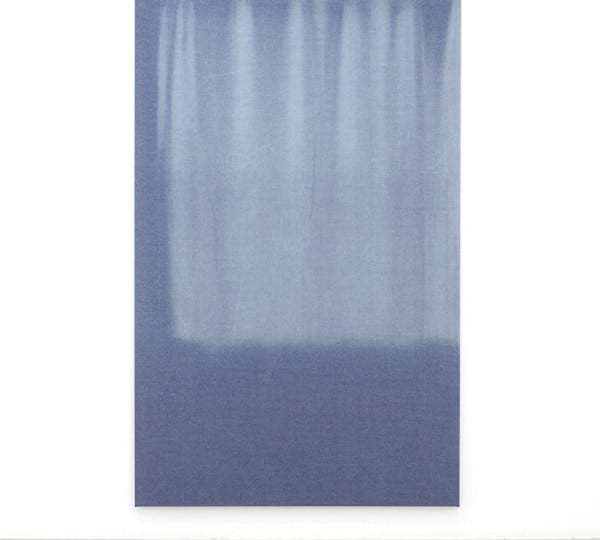 Marie Lund’s new exhibition at Laura Bartlett, her second solo show at the gallery, feels like the most considered and erudite articulation of themes in the artist’s work that have been gaining momentum for a few years now. Work featured at Art Basel this year, as well as in Mexico, Florence and at Frieze, provides the departure point for the sculptures and picture pieces here, which combine to form a particularly cohesive showing.

Like her old collaborator, fellow Dane Nina Beier, Lund is interested in the stories objects can tell. However unlike Beier, Lund’s treatment of objects elides their place within socio-political constellations in favour of a inquiry into the impressions made upon an object by their original function. The Stills (part of an ongoing series – all works 2014) are a case in point. Denim curtains that used to shield a Milwaukee home from the Wisconsin sun were procured by Lund and stretched like a canvass to make a picture of the loss of that particular utility. The stripes that the sun has bleached onto the material provide an eerie echo of a previous life. The effect is a ghostly simulacra of use – of purpose now forgotten.

If the Stills evoke a spectral presence, the Torsos do nothing to dispel the idea that the ghost might be lurking behind the curtain. The figure is omnipresent here, conspicuous by her absence. The Torsos are slabs and plinths of concrete into which Lund has thrown an American Apparel sweater, the garment falls into the wet concrete affecting an unrequited embrace that has a mournful, memorial quality. Lund’s interest in the obligations objects owe each other is legible in all of the works here, but her Torsos offer the most visible clue as to why this interest has such an achingly human effect. The British psychoanalyst Melanie Klein developed her theories of psychological development from the predicate that our first relationship is with the breast as an object. This object (breast) could be both good and bad, and our reciprocal response to it would lay the foundations for our future neuroses. The self, according to Klein, in our infantile omnipotence, passes in and out of the object – blurring the boundary between subject and object. At the heart of the complex is the implication that empathy is achieved through the vicarious experience of another, through the processes of projection and introjection that allow the subject to pass through the surface that separates one object from another. This is why the poetic content of Lund’s work is so effective, because her objects are sympathetic to each other.

The Hand Full, bronze casts of trouser pockets, demonstrate how these empathetic objects can denote a certain tenderness. Here there is no penetration. There is no crossing through the border between I and Other. To quote from the press release: “The hand will fit inside the pocket and the pocket will fit inside the hand but they will only ever know each other from their outsides”. However, these odd little works are affective because they swallow space that we know, that we can relate to. Our subjective knowledge of the insides of our own pockets is recuperated by the Hand Full, but it is re-cast as space for the object – a transformation that, again, illustrates the slide subject to object that punctuates this artist’s most enigmatic work.

All that we are left with is the experience, the imprint of our time with, against, or in something or someone else. The curation of the show emphasises that point. The triangulation of the three series of works, between which thematic, aesthetic, processual and tonal connections flow, means that the visitor plays the part of this lost body. The gallery is by no means full but nor does it ever feel empty, instead the space allows you to become very aware of your own physicality, to position yourself between the works, to experience the impressions they make on you. 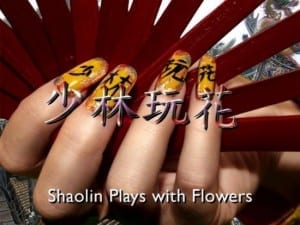 In her explorations of representation and social status, Sarah Baker often disseminates her artwork unconventionally to heighten the tension between fabrication and authenticity.

Martin Boyce’s Eyes is the fourth work in the David Roberts Art Foundation’s study series; a selection of case studies intended to provide a fuller understanding of works from the DRAF collection. 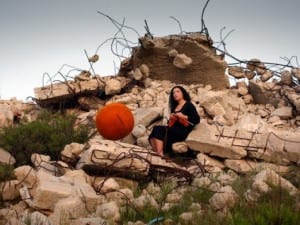