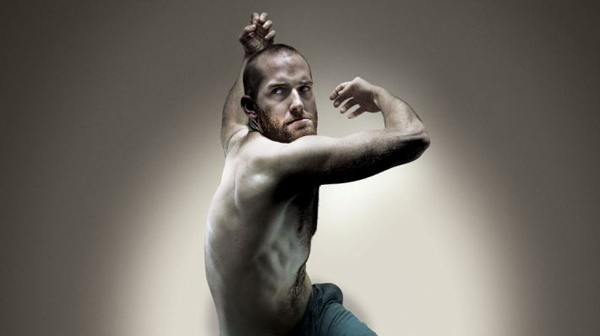 The use of physical theatre by DV8 honours the company’s name. Deviating from any traditional performative categories, it sits between finely tuned body language, as in theatre, and the body as language, as in dance. The company’s method is well suited to John, whose script retells verbatim an interview with the show’s eponymous hero, a drug addict and general malcontent. Entwined with movement, the anti-drama of the script begins to sing. Yet the reins are never fully loosed to the physical by director-cum-choreographer Lloyd Newson, whose guiding principle, it seems, is control. That this remains apparent despite the show’s use of a revolving stage is testament to the firmness of his creative grip.

The performers’ technique, which furrows the grooves of everyday movement, is expressive without melodrama. The combination of theatre and dance is not esoteric, but rather playful: a prime example is when, being prosecuted over an alleged arson attack, John (played by Hannes Langolf) and his questioning police officer shuffle around one another; or when, giving a client a tour of the gay sauna where he is receptionist, Garth Johnson takes a grown man by the hand and vaults across the stage. Far from providing relief, Newson’s ability to cast light and shade expands the dimensions of drama to something approaching the real.

The links to dance make the narrative fluid; scenes lapsing into one another with no discrete division. In a way, it is drama’s closest equivalent to a stream of consciousness. This reflects Newson’s sentiment that the show offers “a personal perspective, not a collage of opinions”. Yet this notion of “one man’s story” could be refined as “one man’s mind”. Although a keen, almost cruel sense of reality informs John, its imaginative parameters are unambiguously those of its protagonist; others are sketched out only in briefly, eye twitches in John’s REM sleep.

Though modest in length, John is epic in scope, Langolf seeing John through the phases of lover, criminal, father, arsonist, graduate, charmer and survivor. This description of the protagonist, provided by the show’s programme, is both diachronic and synchronic: though the John that embarks on an Open University course may have bid farewell to his criminal past, his lodestar is, unfailingly, love. Here, the fact that it is only John we ever fully know takes on an unbearable poignancy: though a lover many times over, John’s path through life is, at heart, a solitary one. 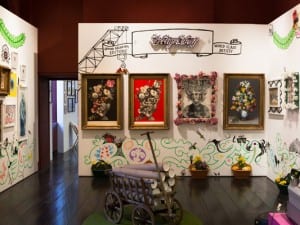 Pick Me Up, Somerset House

The UK’s original contemporary graphic arts festival, Pick Me Up, returns for the fifth year. Celebrating graphic art in all its various formations, the event transforms Somerset House. 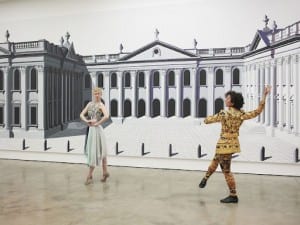