Review: Goshka Macuga’s To The Son of Man Who Ate The Scroll, Fondazione Prada

Concerned with the disintegration of humanity, Goshka Macuga (b. 1967) poses fundamental philosophical questions in his contemporary artistic practice, including a striking address to the inevitable aspects of life. Many thoughtful answers posited by the artist lie in a volume titled Before the Beginning and After the End, published by Fondazione Prada. Organized like an atlas, it retraces Macuga’s career from 1993 to the present day in more than 350 pages, bringing together reflections on collapse and renewal. Drawing parallels to this publication, the Milan-based gallery presents the Polish artist’s solo exhibition To the Son of Man Who Ate the Scroll, until 19 June. Spanning the spaces of the Podium, Cisterna and Sud gallery, it considers a post-human era invaded by different scales of artworks that draw attention to the limitations of mankind.

As one moves through the exhibition, organic models of life are replaced by a conceptualised artificial evolution. Art, for Macuga, begins to take on a much more communicative role as technology pervades the gallery and diminishes any sense of personalisation. Through presenting a range of installations, the work argues that whilst electronics will advance and provide the possibility to remodel our bodies, engaging continually with aesthetics will always remind us of how our biological bodies should look and how our minds should think.

In this post-organic future, artists may no longer just be redefining the way they express themselves, but may also be involved in redefining life. By the Podium, in the very low ground-floor area at the entrance, we are ushered into the exhibition by an android produced in Japan. Its spoken monologue, assembled out of different dialects, asserts itself as repository of human speech and is harrowingly surrounded by a selection of works from the Prada Collection and other museums which collectively reconstruct ideas of existence with an ever-changing cosmos. Artists featured include Phyllida Barlow, Robert Breer, James Lee Byars, Ettore Colla, Lucio Fontana, Alberto Giacometti, Thomas Heatherwick, and Eliseo Mattiacci, alongside new work entitled ‘Negotiation sites’ after Saburo Murakami, realised by Goshka Macuga in collaboration with Kvadrat in Denmark.

The crucial piece by Macuga, however, is installed on the upper floor of the Podium. Before the Beginning and After the End is the result of his work with Patrick Tresset. Five 9.5-meter-long paper-scroll tables are covered in biro sketches, texts, mathematical formulas and diagrams drawn by Tresset’s “Paul-N” series: robots who draw freely.

On a sixth and final table, robots from the “Paul-A” series continue drawing for the whole duration of the exhibition. Ancient and contemporary artworks by Hanne Darboven, Lucio Fontana, Sherrie Levine, Piero Manzoni, Marzia Migliora and Dieter Roth, are displayes on top of the scrolls to create a museum of rarities and juxtaposed memories. Books, documents, and accrued objectes fill the room and create an unsettling library of ages wherein populations have been monopolised by machines and life has been documented by its own creations. The result is a paradoxical aide-mémoire: art should and will preserve art.

Goshka Macuga: To The Son of Man Who Ate The Scroll, until 19 June, Fondazione Prada, Milan

Credits
1. Installation view of Goshka Macuga, To The Son Of Man Who Ate The Scroll, 2016, Photo: Delfino Sisto Legnani Studio 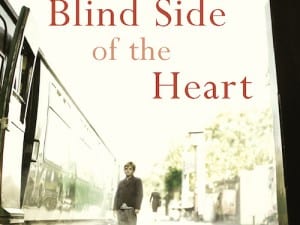 The Blind Side of the Heart

The Blind Side of the Heart begins in 1945 with a boy abandoned at a railway station in provincial Germany. Helene leaves her son on the platform, never to return. 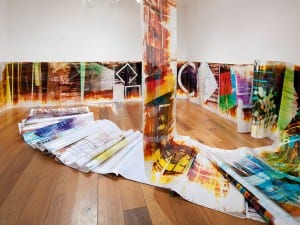 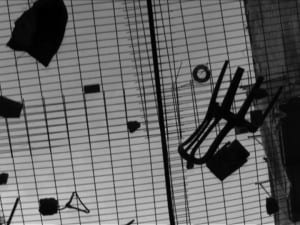 One of Sweden’s most innovative filmmakers, currently exhibiting both at the Venice Biennale and at Moderna Museet in Stockholm, Lina Selander’s work contrasts temporal images to explore the territories between fight and flight, boundaries and ownership.