Review of Betty Woodman: The Theatre of the Domestic at ICA, London 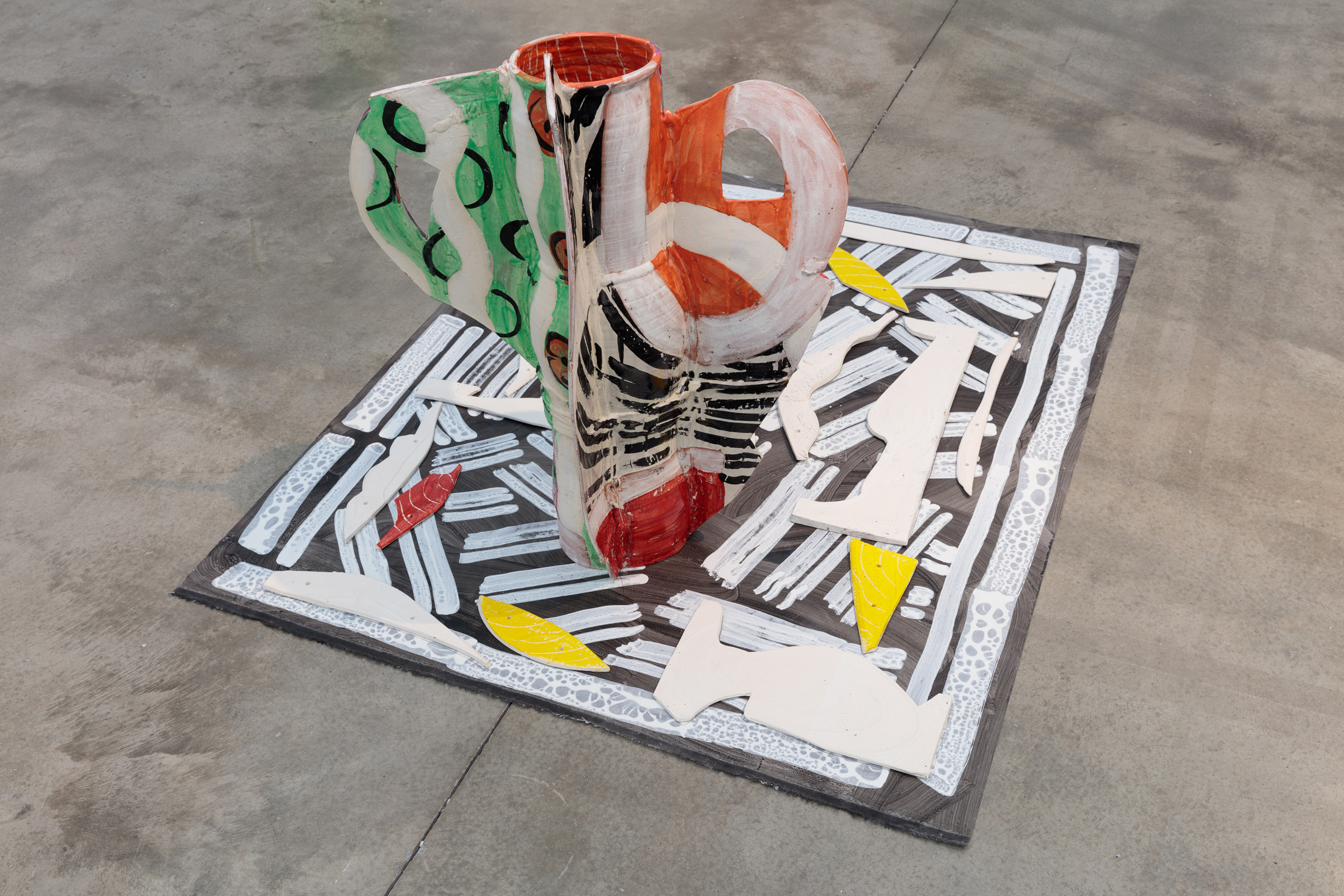 As you walk around a Betty Woodman vase, perhaps what strikes you first is its face, or better, faces. Circle around each piece and the surface will undulate and veer – form, in Woodman’s work, never rests. Take a piece in her new show at the ICA, Posing with Vases at the Beach (2008), a painted diptych. From the ‘front’, a woman’s pale body reclines across the component parts. Bursts of blue and sunny yellow evoke the shoreline in the work’s title. Yet follow it round to its back and something utterly new awaits. That’s the benefit of three-dimensional works, quipped the American artist at a talk held at the gallery: you can get two paintings out of one piece.

In their shifting, colourful unruliness, Woodman’s works each become a perfect distillation of their creator, or more precisely, her multifaceted career. Like fractals, theirs is a prolific, expanding story writ small. If you’re not familiar with Woodman (and many in Britain aren’t: the ICA rights a wrong in being the first institution in the UK to offer a solo presentation of her work), this new show introduces you to just the last decade of the 85 year-old’s cheerful oeuvre. They follow what Woodman has characterised as a watershed moment in her working life, namely the major retrospective of her work at New York’s Metropolitan Museum in 2006. After that, she believes, she was free. If the Met show was a turning point, it didn’t lead to entirely new departures – and happily so. Many of the post-2006 works are an obvious continuation of decades of artistic practice: the grouping of vessels, for instance, like a pair of actors on a stage, and the near devotional interest in the rituals of the home. The show’s title, Betty Woodman: Theatre of the Domestic, could apply quite comfortably to a retrospective spanning her wider career.

So what has changed? If clay is still her medium, her “magic” as she calls it, she’s looser with it, incorporating painting more defiantly than before. She admits having become “besotted” with Pierre Bonnard, and like all her influences, she nods to his legacy with frankness. Upstairs, the French painter’s presence grows, softly emanating from each of her benign, inviting coloured rooms. With their shared love of the domestic and apparent repudiation of the wider world, the kinship might seem obvious. Dig a little deeper, however, and a common fascination with context – how objects interact with each other and the places they occupy – begins to materialise. Bonnard’s interest in cutting up and dispersing his works, building in spaces to his paintings, starts to resemble the trained potter’s inevitable interest in the works’ negative spaces.

To think of Woodman as a straightforward potter or ceramicist would be deceptive – her works owe a great deal to her painter’s eye, and a concern for context makes her an ally of the installation artist too. While the years spent creating functional, usable vessels still surfaces in her latest works, perhaps what is most radically ‘new’ is her stepping back from this – a movement demonstrated most clearly in her rugs and wallpaper pieces. Wallpaper 9 (2015) lets go of function altogether. Here, the interstitial spaces between flitting coloured offcuts of clay will never contain. Like cooking, Woodman jokes, it’s when you use up your leftovers that you get truly creative.

If the era after the Met is Woodman at her least self-conscious, then Wallpaper 9 is perhaps the most euphoric expression of this new-found liberty. Made from boxes of scraps she never used or discarded, their attraction grew out of the fact each represented a form her hand would never cut and her mind would never conceive. In these hovering odds and ends outstretched across the walls, we perhaps see, in its truest form, Woodman’s art set free from her craft.

Betty Woodman: The Theatre of the Domestic, until 10 April, Institute of Contemporary Arts, The Mall, London SW1Y 5AH.

Credits
1. Installation view of Betty Woodman: The Theatre of the Domestic, 2016. Courtesy of the Institute of Contemporary Arts and Mark Blower. 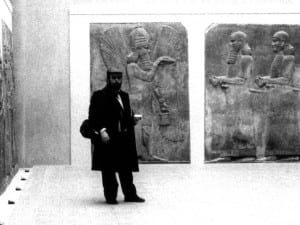 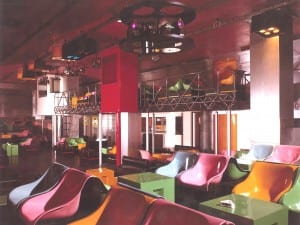 Review of Radical Disco: Architecture and Nightlife in Italy, 1965-1975, at ICA

We review Radical Disco: Architecture and Nightlife in Italy, 1965-1975, currently on show at the Institute of Contemporary Arts, London, which explores an architect’s role in society.

Sonia Boyce centres on a performance piece that explores issues of power in the interplay between an audience and those on the stage at ICA, London.