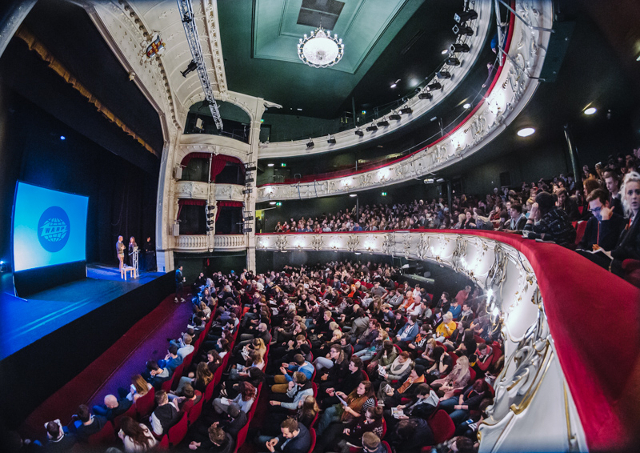 ASFF is one of the most exciting site-specific film festivals in the UK. While introducing festival-goers to memorable short film, its use of 15 distinct venues across York provides an opportunity to explore the historic and the contemporary as the festival’s backdrop. We present an overview of the event and pick out some highlights chosen by filmmakers, visitors and industry representatives who attended ASFF 2013.

Manjinder Virk took home the Best of Fest award at the closing night of Aesthetica Short Film Festival (ASFF) for her acclaimed short Out of Darkness, which the Observer’s Chief Film Critic Mark Kermode has described as “intriguing and thought provoking”. Her success brought the third Aesthetica Short Film Festival to a rousing end and concluded a night of festivities that saw British director Staten Cousins-Roe win Best Comedy for his dark film about a euthanasia centre struggling to make up numbers and Poland’s Czlowiek Kamera top the Music Video category with Call Me in the Afternoon by Canadian band Half Moon Run.

The festival saw visitors from across the world descend upon York, all with a common love of film. For four days, the city was transformed into a boutique cinema with screenings taking place in iconic and hidden locations within the historic walled boundary. Guests experienced the best in international short filmmaking against the backdrop of some of the UK’s finest architectural treasures. The festival ran from 7 – 10 November and welcomed 16,500 admissions, over a 60% increase on 2012, bringing £223,000 to the city’s economy (based on Visit York’s calculations of £32.95 per day visitor and £80.36 per overnight visitor). It’s an extraordinary contribution to the region’s cultural heritage as well as to local businesses, which saw huge surges in numbers.

Saera Jin, who made the film Konnichiwa Brick Lane, possibly travelled the furthest to reach the festival, coming all the way from Tokyo, Japan; filmmakers also attended from Los Angeles, Kuwait, Israel, Canada, Norway, Sweden, France and Belgium amongst other places. The presence of the filmmakers added a real sense of excitement to the festival, with festival goers able to question them about their craft at the Meet the Filmmakers event on the Saturday night, which was a roaring success.

Attendees to the festival committed to its adventurous format, which converted iconic locations across the city into cinemas. Ultimately, it was an animation that stole the heart of viewers, with But Milk is Important (Eirik Gronmo Bjornsen and Anna Mantzaris from Norway) winning the People’s Choice as voted for by ASFF attendees throughout the festival itself. It was a hard-won prize, as the quality of the films on display was exceptional.

ASFF is unique in the UK festival circuit, transcending boundaries between art and film and dissolving traditional notions of cinema. Industry professionals sat beside curious members of the public along the rustic banqueting tables of the medieval Barley Hall to watch moving documentaries and new friends were made amidst the curios and suits of armour at the intimate Micklegate Bar Museum. Interested parties joined Alice Lowe (Sightseers, Kill List, Mighty Boosh, Black Books) for an insightful glimpse into the world of screenwriting and ambitious filmmakers chatted with BAFTA, Film4 and Warp Films about producing opportunities and advice.

A great ambassador for film culture in the North of England and across the UK, ASFF’s appeal extends beyond the film industry it represents to communities across the UK. The festival welcomed 55 educational groups, comprising 1,500 students who attended due to the festival’s strong educational focus and enjoyed the diversity of Aesthetica’s bold programming.

The festival was a resounding success and received praised from across the board. Philip Ilson from the BFI London Film Festival particularly enjoyed the relationship between the festival and the enchanting city of York, he said: “ASFF was a great experience. It’s great to see a festival with a real difference and interacting with its city, which many festivals don’t seem to do”.

Katie Campbell from BAFTA commended the festival for “another brilliant year” and Hussain Currimbhoy, Programmer at Sheffield Doc/Fest, was forthcoming in his admiration for the festival’s “excellent audience and great vibe”. Barry Ryan from Warp films, creators of pioneering British cinema including Four Lions, This is England and Dead Man’s Shoe, presented a masterclass to a packed audience of 600 people at York Theatre Royal and was overwhelmed by the turnout, saying: “It was amazing to see the festival so busy”.

Festival Director Cherie Federico commented: “We’re so pleased with this year’s event. The filmmakers were exceptional while the atmosphere and excitement of our visitors made York an incredible place to be this November. We’ve had some wonderful feedback and have several exciting plans for 2014.”

Kate McMullen, Head of Visit York, was proud to be involved with the festival: “ASFF is a fantastic event that raises the bar for York’s international art and culture profile. We were delighted to welcome visitors from across the UK and oversees. York’s short film festival, organised by Aesthetica Magazine, is now one of the top three in the UK bringing important economic benefits for the whole city and has the potential to grow and grow. We very much look forward to ASFF 2014.” 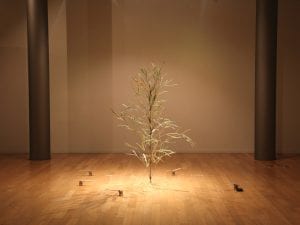 Adriana Salazar’s installations displace the boundaries between life and death. Moving Plant #32 features a bamboo branch sourced from the Himalayan Gardens in Ripon. 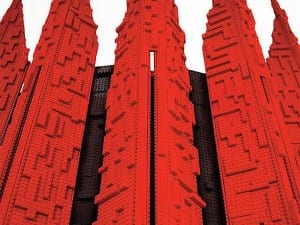