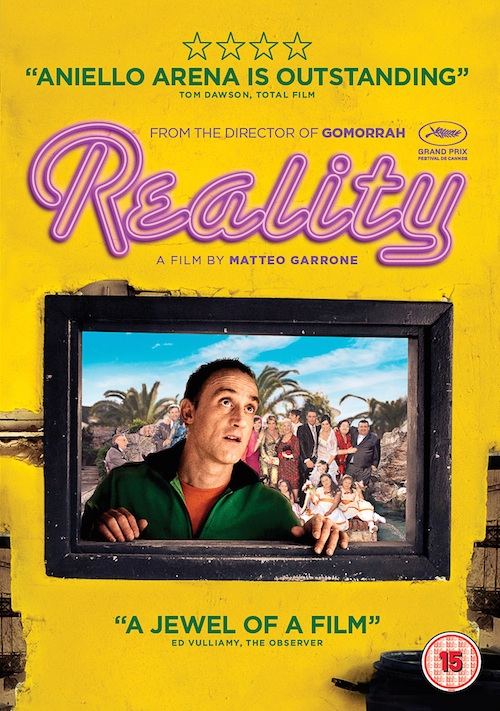 Winner of the 2012 Cannes Grand Prix, Reality, directed by Matteo Garrone, is inspired by the world of reality TV and celebrity culture. Luciano (Aniello Arena) is a Neapolitan fishmonger who likes to perform for his customers and relatives at every given opportunity. After auditioning at a local shopping centre, he decides he wants to become famous and sets out to be a contestant on Grande Fratello , the Italian version of Big Brother.

Luciano’s life begins to spiral out of control as fantasy becomes reality, and the illusion of notoriety is magnified as his obsession sees him increasingly divorced from the real world. He perceives fame as his chance to solve all of his problems, and there is a growing sense of isolation as he moves further from his comfort zone.

The performance from Arena is both engaging and quirky, and a great sense of hope permeates the film, which is beautifully shot in saturated colour. Drawing on human emotions, it highlights the delicate balance between ambition and obsession, providing a compelling commentary on how fame is defined in the 21st century.